The Sun International’s Carnival City Casino recently upgraded its Big Top audio system and console in time for the Mardi Gras; investing in L-Acoustics as well as a new DiGiCo console to ensure its patrons savour a quality experience.

“My colleague, Bafana Dube, and I met with Carnival’s management team to suggest a way forward to bring the equipment in line with the latest technology developments. We had discussions with Richard Smith and Chris Pugh from DWR Distribution, who came in, did an L-Acoustics demo, and specified and designed a new system. It was a really good move for the venue. The new system is working spectacularly and the quality difference is noticeable.”

Adding to their existing L-Acoustics Kudo system, an additional 4 ARCS Wifo, (2 Focus and 2 Wide) for front fills and 6 ARCS II for side fills, have been added to the venue.

“There used to be a slight tonal difference in the Big Top,” said van der Walt. “Now it is absolutely consistent throughout, which is what Carnival wanted. We now have one brand in the house, and it’s probably the best system we’ve worked on. Along with the service from DWR, we can’t fault it and we have received great reviews.”

Bafana Dube, Venue Technical Manager, has worked at Carnival City for the past ten years. “I’m happy and all the technicians are happy,” he said. “The Big Top is an international venue with a capacity of 3,500 seats or 5,000 standing. We are well equipped to service the most high-profile events.”

Heading into Silly Season, the new L-Acoustics system is a breeze for the IVTM team. “It’s a lot lighter to work with, physically it’s not that demanding and it’s a quick system to set-up,” said van der Walt. “It covers a much broader range of requirements, so there is no need to sub-hire extra gear, which consequently saves on their client’s budgets. It’s a win-win situation.”

Meanwhile, the Mardi Gras Theatre has received a new DiGIGo S21, also supplied by DWR. “I’ve worked with DiGiCo in the past and it’s a phenomenal desk,” said van der Walt. “It has increased the capacity of the theatre and is fairly straightforward and user-friendly. Jaco Beukes from DWR did the install and presented a quick overview to our technical team which have since operated the console with ease. The Mardi Gras Theatre has smaller productions that usually run from a week to ten days. We have many local bands, comedies and shows like that, while the bigger productions tend to go to the Big Top. The combination of L-Acoustics and DiGiCo has given us all the capacity we need an delivers superb audio, whatever type of show we’re hosting.” 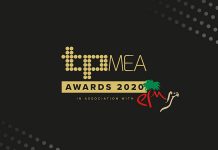