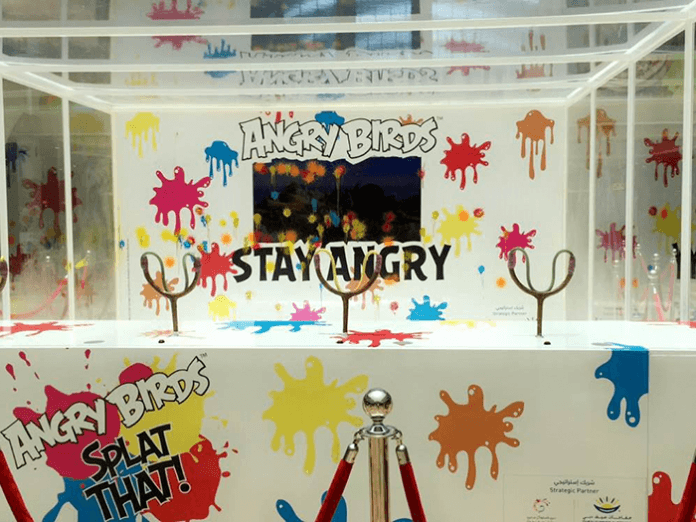 IBS-Group has been involved in the creation of Angry Birds activation at Dubai Festival City (DFC) Mall. The activation, working alongside Production House, was geared towards families, as kids could use child-friendly paint launchers to ‘release their angry side’.

However, as the weather was set to reach up to 46 degrees during the inaugural week, the activation that was originally located at Global Village has been moved inside the air-conditioned DFC Mall, which is a perfect place to take the family on the long hot summer days.

Angry Birds first originated back in October 2009 and has been made one of the most popular games for young children to play. IBS-Group stated: “It has been great for [us] to make one of our unique, custom-built, mall displays – particularly one that is likely to be seen around more of Dubai’s malls in the future.”