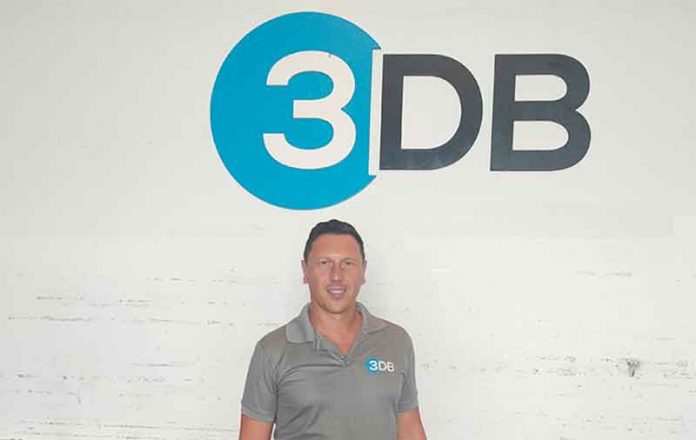 After 20 years in business, 3DB has become a household name in the Middle East’s live events sector, growing from humble beginnings as an audio-visual supplier into one of the most trusted turnkey event service providers in the region. The company has been providing its tailored solutions to clients from all over the Middle East and beyond from its Dubai HQ, and now its growth is continuing with the opening of a new division in Saudi Arabia.

Charged with setting up the Saudi Arabian operation is General Manager KSA, Azmi Erdemir. With decades of events experience on both the supplier and client sides of the industry, Erdemir is keen to build on 3DB’s well-earned reputation to gain a solid foothold in the Kingdom. “We’re trying to recreate what 3DB is doing in Dubai for the Saudi Arabian market,” he began. “The Dubai-based company has been going since 2003, so there is already that brand recognition there in the industry, and it’s my job to build the nuts and bolts of the new operation, putting all the infrastructure into place so we can be autonomous as quickly as possible.”

3DB KSA already has a warehouse in Riyadh, which is currently being upgraded into a fully fledged combined office space and warehouse facility. The company is also on a “spending spree”, according to Erdemir. “We are set to become one of the largest d&b audiotechnik suppliers within the region,” he revealed, talking about the company’s ambitious investment plans. “The stock in our warehouse covers lighting, audio, video, scenic, staging and more – it’s a one-stop shop, much like we have in Dubai.”

The company is also on a recruitment drive. “We’ve just employed two new project managers – one who was based in Dubai and another who was based in the UK. We will also be bringing a lot of crew from the UK once their festival season is over,” Erdemir said, adding that investing back into Saudi and unearthing local talent is also a key part of the recruitment strategy.

“There’s a young population and a lot of people who see these incredible events taking place in the country will want to get involved in working on them. We have already come across some local guys who are very good, and we also want to train people up to our ways of working and help develop them. This is still such a new market comparatively, so we want to take our experience and impart the knowledge on the local talent in the country.”

While he’s understandably upbeat about the future for 3DB in Saudi Arabia, the General Manager is also realistic about where the company sits in the food chain. “All the massive companies are here already, and they’ll always be first in line to service the huge events due to the vast amount of kit they can offer,” he reasoned. “However, for the medium-sized shows or even for parts of the larger shows, we’ve spotted a gap in the market for a company that can offer an extremely high-end delivery, supporting clients step by step throughout the process to achieve the highest standard of events.”

That ethos is reflected in the way the infrastructure of the company is being built from the ground up. “We’re going about our business in much the same way as we would in the UK, with full-time warehouse staff and all the kit being taken care of properly, prepared on the way out and maintained on the way in,” Erdemir shared. “This means we’re not the cheapest, but we can provide the best value and service. The idea is to take the headaches away from clients and provide the kind of service that our clients have come to expect.”

While events will always be at the centre of 3DB’s offering, according to Erdemir, the permanent install market is also a big part of the company’s business in Saudi Arabia. “The biggest projects that we have worked on in the Kingdom so far have been permanent installations,” he said, citing Takenda, Riyadh Boulevard’s brand-new gaming theme park, as a prime example.

Increasingly, the 3DB team is seeing projects that start as temporary installations for the Saudi Seasons, then transition into permanent, semi-permanent or even travelling pop-ups that tour the country. “XReality is a perfect example of this,” Erdemir noted. “This is a virtual reality experience that we helped design with our client GAG and build in-house for Jeddah Season. Once the Season was over, the concept turned into a pop-up VR park, which is set to tour Saudi. So many projects are lasting much longer than just a night or a weekend, so a slightly different mindset and approach is required in the design process.”

Another string to the 3DB bow is the company’s partnership with UK-based immersive experience design studio, Seeper. “Seeper is at the forefront of technology when it comes to AR/VR and creates world-class, immersive experiences by combining passion for innovation with creative storytelling,” Erdemir explained. “We’ve become their official partners within the Middle East, which means we can offer the latest in their technology to this region.”

As is so often the case in rapidly emerging markets, “crazy timelines” are still a regular feature of working in Saudi Arabia. “Where in Europe you might get six months lead time on a project, often here it tends to be a couple of weeks, which of course impacts on the calibre of the event. If we get enough lead time, we can produce a better and more cost-effective project,” Erdemir said, adding that he is sure attitudes to timelines will change in the future. “Change will come – it just takes time.” Along with General Manager Dubai, Matt Dale, Erdemir is part of a growing network of experienced industry professionals at 3DB, brought together by Managing Director, Eddie Mulrainey. “It’s great to have that support from a larger organisation – whether that is in terms of kit or people for project support,” Erdemir reflected. “While we are our own distinct operation, the collaboration between 3DB Dubai and 3DB KSA is ongoing.”

It’s no secret that live events and hospitality are growing at a rapid pace in Saudi Arabia, and Erdemir is seeing no signs of that growth slowing anytime soon. “The industry is thriving here, and the level of development is hugely exciting – everything from the megaprojects right through to the quickly growing music scene is growing extremely quickly,” he beamed. “There’s such an appetite for live events. The excitement is huge and that will continue to attract businesses.”

The General Manager sees this astonishing growth in the Kingdom as a yardstick for the potential of the company. “Looking at the pipeline of work, the opportunities in Saudi are huge,” he confirmed. “The scope is there for us to be even bigger than we are in Dubai in a relatively short timeframe. The company is going to grow at such a pace that we will be unrecognisable by this time next year.”