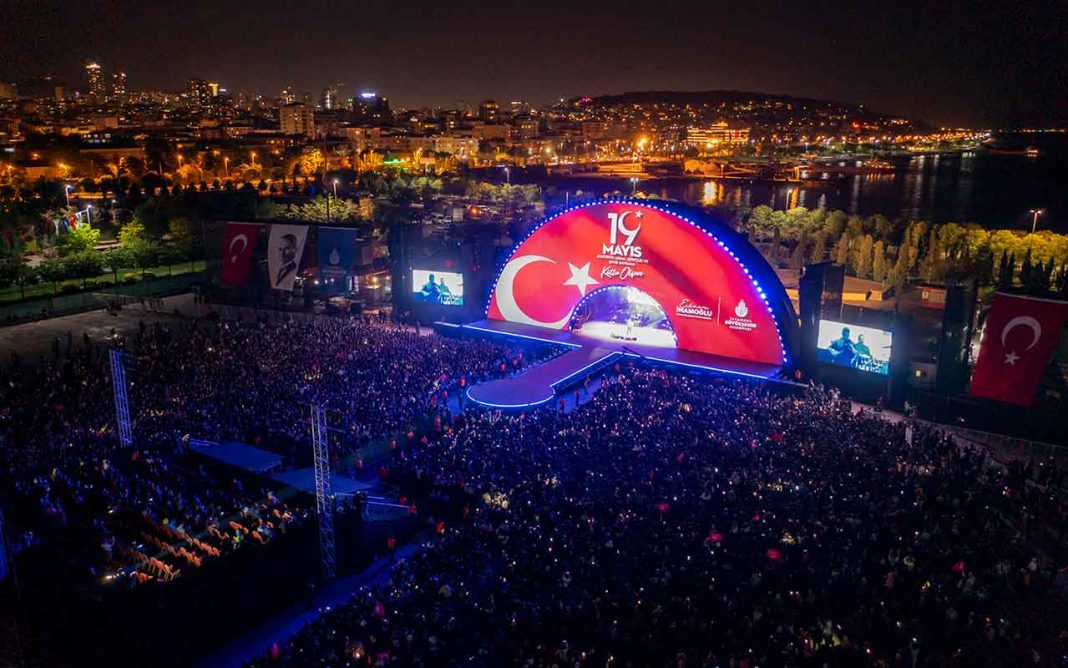 As the old saying goes, “if it ain’t broke, don’t fix it.” This was very much the view of the Municipality of Istanbul when it came to planning this year’s May public holiday celebrations. Back in 2021, the city celebrated the Conquest of Istanbul with a large-scale production of projection, lighting, and drones; the event proved to be a massive success – albeit with the caveat that, due to the COVID-19 pandemic, only a very small VIP audience got the chance to witness it live and in person. However, with restrictions in Turkey now lifted, the Municipality was keen to repeat the show, this time throwing it open to an audience of up to 100,000 Istanbul residents at the scenic Maltepe Beach Park.

Entrusted with the delivery of the project once again was Istanbul-based Imagina Productions. “Last year’s show was very well received not just by the audience and the industry, but also by the Municipality – they liked it so much, all they wanted was for the Istanbul public to be able to experience it in full,” began Imagina’s Isil Evgin, who took the role of Executive Producer on the show.