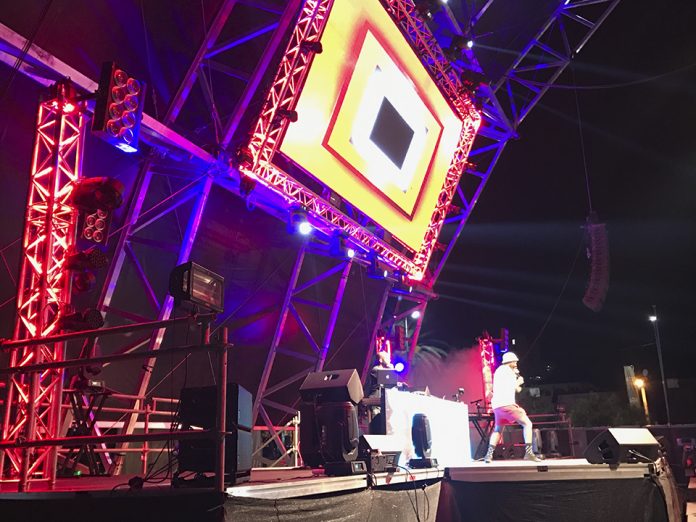 Lighting designers Mbulelo Msuthwana and Keagan Browning from the AV Company programmed on an MA dot2 console with dot2 fader wing. “We loved the simplicity and ease of the MA as well as the node options allowing so many DMX outputs easily spread out,” they both agreed.

24 Robin 600 LEDWash fixtures were used to wash the entire venue and VIP deck as well as lighting the performance area. While there was a large 7m x 3m LED screens above the DJ, 24 Robe Pointes punched through with beams and effects.

“In Johannesburg and Durban, we built an arched shaped dome roof stage belonging to Paul Nel of Show Co, and measuring 50m long, 25m wide and 25m high,” explained Craig Browning, owner of the AV Company, who headed the project. “In Cape Town we trucked in our own 12m x 12m Layher roof stage.”

While the stage looked great and there was a wonderful response from the audience, the highlight of this event for Craig Browning was the support he received from fellow rental companies. “What stood out for me on this tour was the help and assistance from all my competitors in the industry whilst I was in Cape Town and Johannesburg,” he said. “If I ran into any problems, big or small it was a simple phone call and the guys were there to help out. It’s great knowing we all have such comradeship in this competitive industry!”