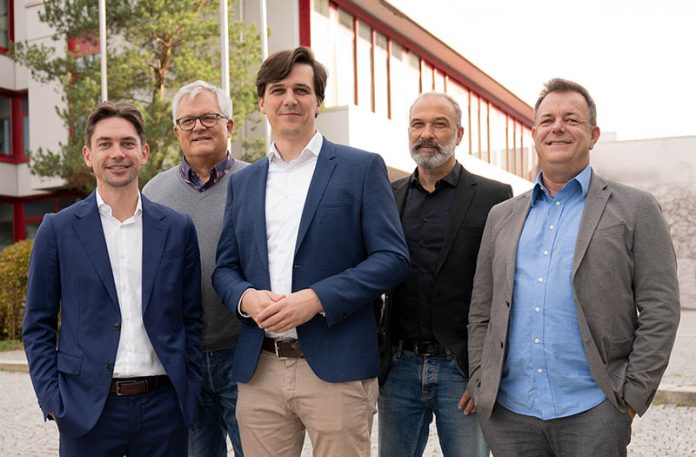 Jens Gießler and Felix Erdmann have acquired the Middle East and System Integration subsidiaries of Neumann&Müller (N&M), which will now operate as independent companies under the BeWunder brand.

As part of the acquisition, the two business units will be rebranded, with Systems Integration now known as Spatial Experiences, and Event Technology taking the moniker of Event Production.

The development comes at an opportune moment for the Managing Directors, who spent a combined 35 years with N&M before finally deciding the time was right to push their own agenda in the Middle East. “We are really invested in the Middle East and have a strong belief in the growth potential of the market,” Erdmann told TPMEA. “We have already grown rapidly over the past five years since the company came under our management and this is the continuation of the journey.”

According to Gießler, a key reason for the acquisition is the fact that it gives the BeWunder team the freedom to be agile in the fast-moving Middle East market. “We understood that the market demands in the Middle East are very different to those in Europe, and we wanted the ability to build an organisation that is 100% specialised for the market we’re operating in,” he explained. “This is a natural progression to make sure our structure and the way we work with clients is perfect for our needs.”

The Managing Directors were keen to stress that the parting of ways between the two companies was conducted in a “very friendly manner”, with the promise of close collaboration not only in the pre-agreed transition phase, but also looking further ahead. “There are certainly no hard feelings,” Erdmann smiled. “In fact, there’s the potential for a lot of joint ventures in the future, with our Spatial Experiences department ideally placed to collaborate with N&M’s live events arm in Europe.”

Gießler added: “It’s the best of both worlds. We still have access to resources and a good relationship with N&M, but we can now be much more flexible in how we organise the company according to the demands of the market.”

For the team now working under the BeWunder umbrella, it’s very much business as usual. “Everyone who was on the team before the change remains on the team. In fact, they were one of the main motivations behind the deal, because we believe in the quality of the team and think they can lead the company to success,” Erdmann commented. “The only major change they can expect is that they will have a lot of new colleagues in the near future, as we expect the company to continue to grow rapidly in the Middle East.”

Summing up, Erdmann and Gießler were excited at the prospects for the new venture. “Our strategy doesn’t change – we just have the opportunity to be much faster now,” they concluded. “We will certainly pursue more activity in Saudi Arabia, and we will be much faster to set up a boots-on-the-ground operation in the country as a result of the acquisition.”