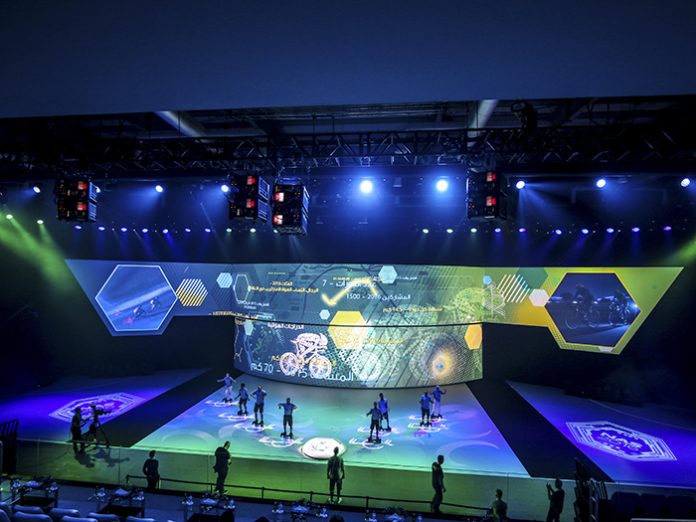 For the very first time, the ceremony was hosted by NASO, a 40cm high, walking and talking robot. It entertained the crowd alongside a variety of acts, such as acrobats on hoverboards, a futsal game in the dark and an appearance from the Lords of Lightning. Protec deployed BlackTrax to track sixteen performers and a moving platform, where NASO performed his hosting duties. They were tracked using lighting effects and video.

The stage was a virtually projected football court with the performers on hoverboards as well as basketball players and stunt footballers. Each performer was tracked and had a dedicated spot plus custom graphics projected over them. For the graphics, BlackTrax was integrated with media servers from d3 Technologies.

“We connected Blacktrax cameras with strategically placed BlackTrax beacons and hid them inside each of the performers’ costumes,” said Protec’s Lighting Designer Aaron Russ. “During rehearsals we were able to adjust or add the beacon markers on the performers to ensure they could be tracked whatever sort of acrobatics or body angles were presented to the cameras. We also used a BlackTrax beacon for the little robot presenter so BlackTrax could track the robot and keep all the cueing in time.”