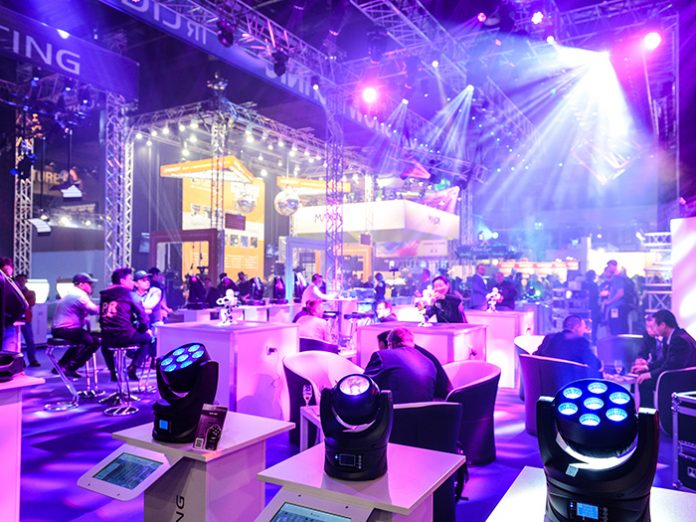 The countdown has begun to the inaugural edition of Prolight + Sound Middle East, with scores of product launches, industry seminars, and a live demo area setting the stage for three days of busy networking at the region’s dedicated trade show for the pro audio-visual and entertainment market.

Taking place from 31 October – 2 November at the Dubai International Convention and Exhibition Centre, Prolight + Sound Middle East 2016 has attracted the biggest names in the business, with the likes of Bose Professional, Sennheiser, Martin Professional, Adam Hall, and Monacor International rubbing shoulders with top regional distributors such as GSL Professional, Echo Beats, and AVISS. They will line-up alongside 40 exhibitors from 12 countries.

Bose Professional is among the headline exhibitors rolling out a range of new product lines at Prolight + Sound Middle East 2016. The US manufacturer will introduce its ShowMatch DeltaQ array loudspeakers and PowerShare amplifiers. Fuat Koro, the Director of Global Sales and Marketing at Bose Professional, said ShowMatch has two target applications – the first being the fixed installation market such as performing arts centres, live music venues, and houses of worship, the second being the rental market for touring and corporate AV.

In addition to dozens of product launches, Prolight + Sound Middle East will feature Stage On, a live outdoor demonstration area replete with the latest PA and AV system from a selection of exhibitors.

The three-day event will also host a series of inspiring seminars, headlined by an interactive session of large scale projection mapping by Thomas Giegerich of bright! Creative Event Solutions, who is responsible for high-profile shows such as Saudi Arabia National Day and the UAE National Day in Abu Dhabi.

Prolight + Sound Middle East is the fifth instalment of the international network of Prolight + Sound events worldwide, and is co-located with Light Middle East 2016, the region’s dedicated exhibition, conference, and awards for lighting design and technology.