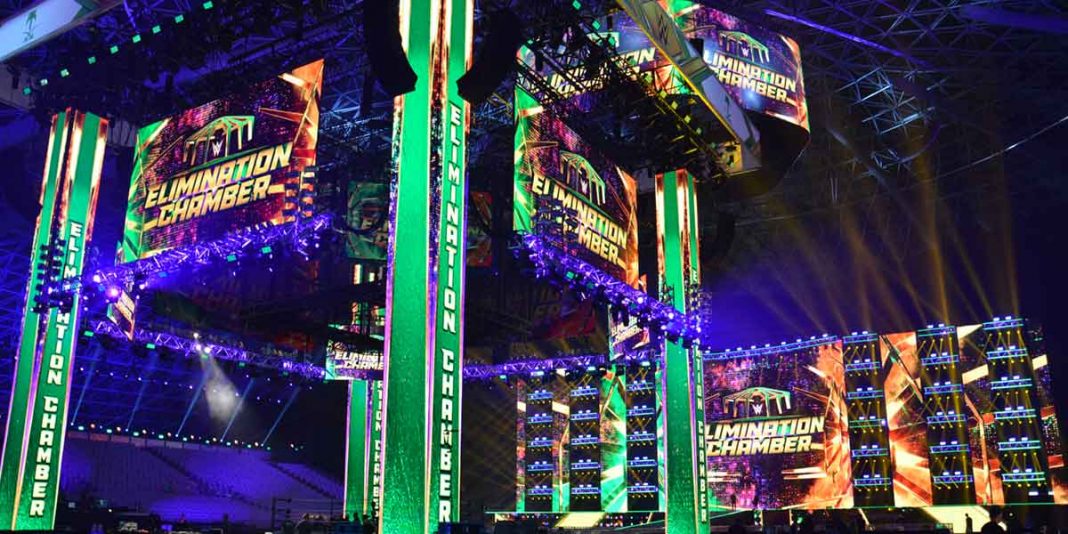 The supply included the main entrance screen, structure legs around the ring, and the large screens situated above the centre of the ring. The impressive over-ring design consisted of four large LED screens that formed a 360° visual spectacle. LED was also used to wrap around the four truss tower legs.

“We used a fully redundant E2 screen management system to ensure the event was seamless,” said Senior Video Engineer, Quintin Posthumus. “A significant amount of planning and preparation took place months before the event, and it was incredible to see the immense piece of engineering come together. We have a dedicated team of engineers who worked hard to ensure that everything ran efficiently.”

Project Manager, Dan Hughes added: “We had 20 engineers on the ground, building LED for the large-scale technical production. The team were ready for any changing scope and last-minute editions. Thank you Screenworks for trusting us each year to make this a spectacular event.”