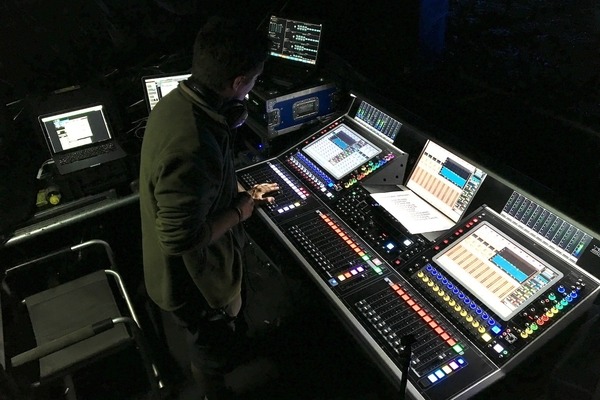 Blue Array Productions Pty (Ltd) have been involved as an audio supplier at Oppikoppi for more than a decade, and for the 5th consecutive year, they were appointed as the sole audio contractor at the 3-day rock festival in Northam, South Africa, deploying a DiGiCo SD5 console.

Established in May 1994, Oppikoppi has grown to become an internationally-recognised event attracting bands from across the world, Blue Array’s Audio Engineer Marinus Visser worked at Oppikoppi for over a decade; covering the event’s 6 main stages, a few smaller mobile stages and activation areas. “Oppikoppi has a different vibe when compared to other events and that’s why we still do it.”

A DiGiCo SD5 was positioned at the main stage and a DiGiCo S21 and S31 were used on the Skellum stage. “It was unreal,” said Visser. “Blue Array have had the desk for a year now. Lately we’ve really started using it more often. It’s very valuable for what it can do for you, it saves me a lot of work now that I`m getting very comfortable with it.” For someone like Visser, who is also a musician and musically inclined, how the desk sounds is key, as well as having a console he can trust.

For the first time in his life, Visser was able to run a show with more than what he needed. “I was able to be silly and put things in my show file that would never otherwise be realistic on any other console. That was amazing, just having things where you like them and being able to get into that speedy work flow. The SD5 is solid.”

Complimented with a large d&b audiotechnik J-series audio system, the sound generated from DiGiCo SD5 at Oppikoppi. “It has to be the desk because it was just me running the same PA system that I usually do. The clarity, depth, detail and thunderous low end that this console produces, is really something special and I feel that we now finally have the best sounding front-end to our already incredible PA system. It also feels like there are copious amounts of internal headroom within the console. Even when you do push it hard and run things hot, it never feels like it’s falling apart, on the contrary, I feel this desk actually likes to be driven hard. The improvement in audio quality is enormous in my opinion and it has really challenged me to mix the show with more flair and taste than ever before!”

Visser concluded: “External plugins and units used to be in my secret bag of tricks, the one thing I could not do the show without, and now I don’t feel like I need them as much as I used to in the past. The DiGiCo SD5 is just an unbelievable instrument and a sterling quality piece of audio equipment.