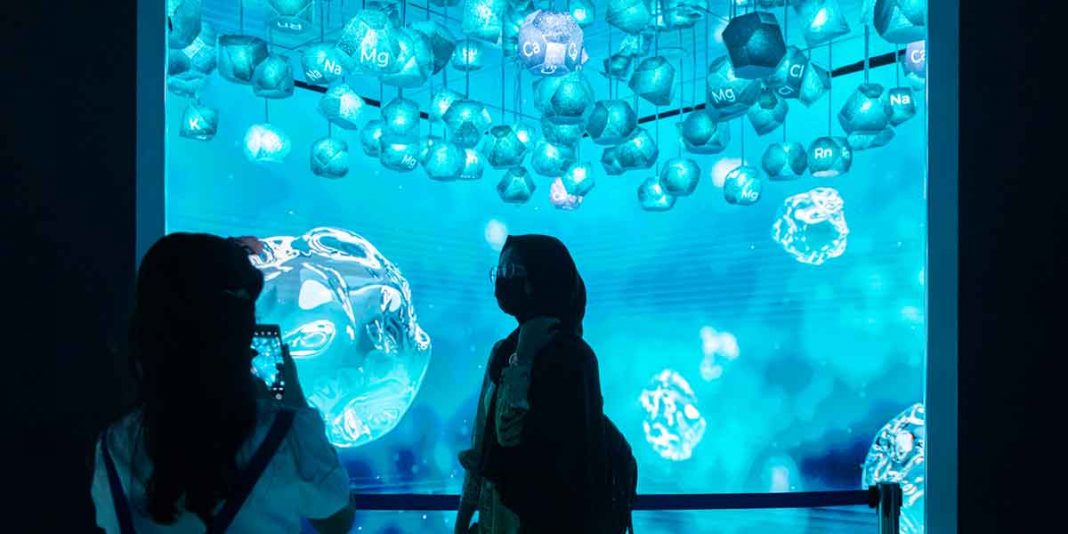 For many of the countries and companies represented at Dubai’s Expo 2020, the top priority was a pavilion that told a story, immersing visitors in a unique cultural experience. It’s no surprise, then, that the technology of visual storytelling technology company, disguise powers a multitude of these pavilions – including, but not limited to, the UK, Belgian, Hungarian, USA, DP World, ENOC, and Mastercard pavilions.

“disguise was the only media server in the market that was capable to simultaneously playback 12 projections with one signal unit at a full HD signal,” said Antal Balazs who, as System Engineer for Special Effects, set up the projections powering the pavilion.

“There are a lot of customisable settings in disguise,” added Assistant Engineer, Andras Asvany. “This helped us get through differences in measurements. You can customise anything on site and evolve and adapt to new situations.”

Another world-class pavilion powered by disguise was the UK pavilion, which, with its advanced machine-learning algorithm, used words donated by pavilion visitors to generate a cumulative collective poem illuminating the pavilion’s 20m-diameter façade.

Creative Technology Middle East (CTME) is the official live events audio-visual partner. In the pavilion structure itself, LUX Technical provided the controlling ‘brain’ that put the poetry on display. At the same time, the system LUX Technical created provided all this data back to the visitor on their own device. Moving image design studio, Luke Halls Studio, with the help of LUX, ensured that the data the algorithm provided was able to be displayed on the different screens throughout the pavilion – forming the collective message on the front façade and the donated words in the Choral Space of the pavilion.

The team used media servers supplied by LUX, which shared all the data from the algorithm and then received the data back by cloud server. Data was transmitted via OSC streams into Notch, which was integrated with two disguise 4x4pros to drive the digital content.

“We’ve been able to achieve seamless NDI integration into the disguise Designer software to cue the poems onto the pavilion façade via Notch,” explained Zakk Hein, Associate Video Designer for Luke Halls Studio.

disguise also powered some corporate pavilions including the LED setup in the Mastercard pavilion, with technical elements provided by system integrator, AVI-SPL Middle East. CTME also used a disguise 4x4pro and ​​vx 2 in the ENOC pavilion, which explores the principle of energy as an atomic force.

​​Powering high-quality playback as well as interactive and generative content, disguise unlocks limitless visual creativity through technical integrations, providing a rock-solid solution for installations around the world. This is why so many technologists and designers turned to disguise to power the immersive experiences in Expo 2020’s pavilions in a spectacle that has delighted over 20 million visitors worldwide.