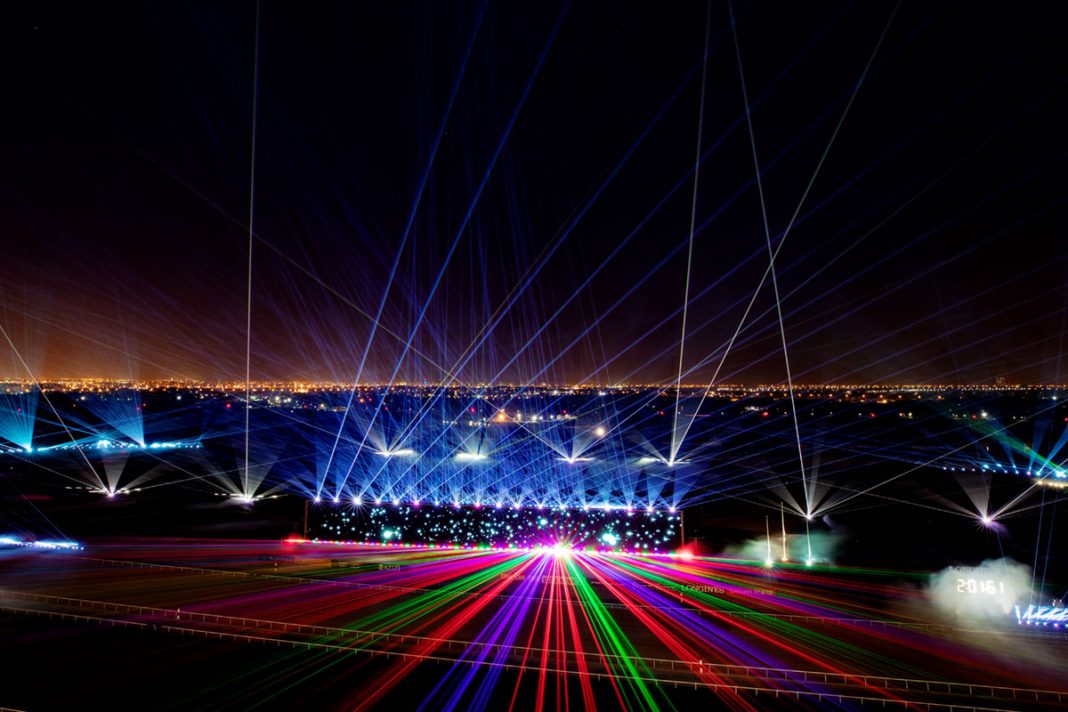 First held in 1996, the Dubai World Cup is a UAE institution. With 2021 being the 25th anniversary of the famous horseracing event, organisers Dubai Racing Club wanted a truly remarkable show to mark the illustrious milestone. The company that was chosen to step up to the challenge was HQ Worldwide Shows (HQWS) – winning the tender with a pitch for an aerial spectacular, complete with aerobatics, pyrotechnic drones, fireworks and a Guinness World Record-breaking laser show. However, just three days before the event, His Highness Sheikh Hamdan bin Rashid Al Maktoum, UAE Minister of Finance and Deputy Ruler of Dubai, sadly passed away at the age of 76. As tributes and condolences poured in from all over the world, Dubai entered a 10-day mourning period, and the status of the Dubai World Cup was in doubt.

“At that point, we had no idea if the event was going to go ahead or not,” recalled HQWS Director of Creative and Design Services, Daz Jamieson. Nevertheless, after careful consideration, it was decided that the Dubai World Cup would, in fact, go ahead in honour of the late Sheikh Hamdan, who was an avid lover of horseracing, owning and breeding racehorses that celebrated many victories at the Dubai World Cup. “We then had to prove that we could transform the show into a touching tribute, instead of the planned aerial spectacular,” Jamieson revealed.