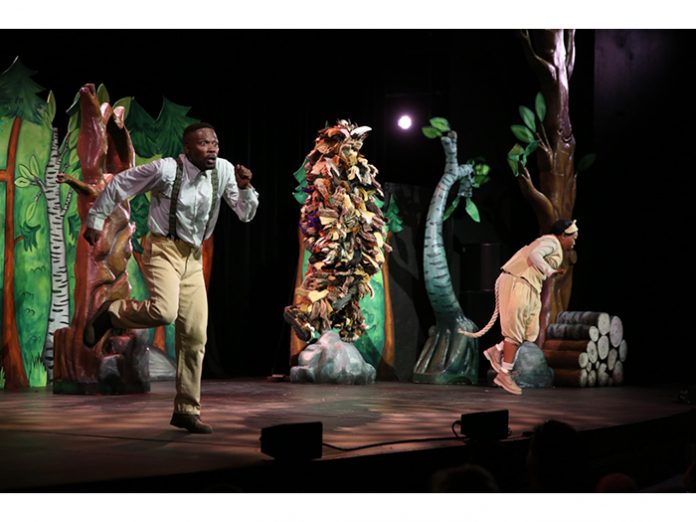 While many festivals have stood the test of time, there’s a relatively new “kid on the block,” East London’s Umtiza Arts Festival, which was hosted for the 3rd year from 24-27 May 2018

The homegrown festival is a collaboration between the city’s 3 cultural giants, The Guild Theatre, The Ann Bryant Art Gallery and the East London Museum. This year over 24 acts ranged from art exhibitions, workshops, jazz, opera, classical, gospel, comedy, children’s theatre, a circus and food demos.

East London is smaller than Johannesburg, Cape Town, and Durban, and this could be the reason for the strong sense of community – it’s the little city that dreams big. The Umtiza Arts Festival is the brainchild of young Malwande Ntisana.

“Although Malwande had since graduated and was now working for a firm of accountants, he was still interested in the theatre and wanted to be involved. He had the idea of making the Guild Theatre, the East London Museum (which abuts the theatre) and the Ann Bryant Arts Gallery (which is situated a few streets away), a cultural hub for the city to be kick-started through the hosting of an arts festival.”

Ntisana prepared an extraordinarily comprehensive and exciting project proposal. “We approached the Director of the East London Museum and the Curator of the Ann Bryant Art Gallery and put the proposal to them – they were equally excited, and so we formed a Steering Committee and began working towards the initial Festival (at that stage still unnamed) to be hosted in July 2016,” said Flanagan.

The Guild is used extensively by schools, dance studios and youth groups to stage their productions. “As a result, the young people of East London grow up familiar with the theatre and tend to see it as their space,” said Flanagan.

The Guild Theatre runs various outreach programs, mostly aimed at learners and out-of-school youth, and is considered a community assist. During The Umtiza Arts Festival, The Guild was able to stage a diverse range of performances including the hilarious Marc Lottering with his new show, “I’ve Never Met the Gupta”, the popular children theatre’s production, “The Gruffalo”, international and local cabaret as well as dance, jazz, opera, and drama.

The charming Anne Bryant Art Gallery, in turn, focused on art lovers during the festival. The gallery was proud to present an exhibition of prominent East London Artists and the exceptional De Beer Collection exhibition which comprises of around 50 works from black artists from the 1950s and 1960s.

The gallery is the elegant old house that was built by E D U Bowen in 1905 for Mr. Arthur Savage, father of the well-known local artist, Elaine Savage. In 1907 the home was bought by businessman Mr. E A Bryant, who over the years built a notable private art collection.

Mrs. Ann Bryant survived her husband by several years and when she died, donated her home, known as The Gables, and the valuable pictures, to the city of East London as an art gallery. The Ann Bryant Art Gallery was officially opened to the public in 1947 and has been a vibrant part of the community ever since presenting exhibitions, workshops and art lessons.

Last but not least, the East London Museum was established in 1921 and is considered to be one of the most fascinating natural and cultural history museums in the country. It features some exhibits including the type specimen of the coelacanth, a fish previously believed to have become extinct some 80 million years ago, together with an extensive collection of beadwork relating to the Xhosa-speaking people.

During The Umtiza Arts Festival, the museum hosted various talks including a presentation on Owl Rehabilitation by Chris Pretorius, a discussion on World War 1 and the battlefield cemeteries of the Western Front by Nancy Tietz, East Coast Shipwrecks by Kevin Cole, and the Sardine Run by John Costello.

Lighting Designer Michael Taylor-Broderick from DWR Distribution has worked at the Guild, one of his favourite theatres in the country, for numerous years, and was privileged to attend the Umtiza Arts Festival. “Only 3 years old, the festival has seen impressive growth over this short time,” said Broderick.

“The Guild in particular tries so hard and they work so hard! Over the years they have not been put off by small audiences, but just kept plugging away. There is something about the tenacity of everyone working on this project that is so impressive.”