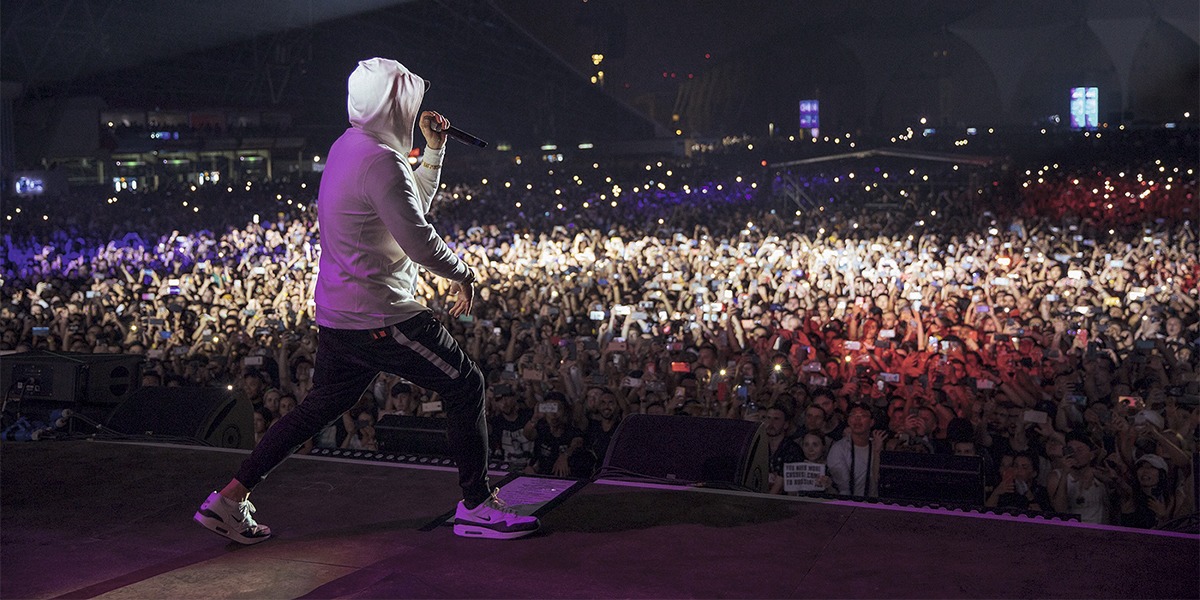 More than 20 years since he found mainstream success with the development of his iconic Slim Shady alter ego, Marshall Mathers – better known as Eminem – is now widely regarded as one of the greatest and most influential rappers of all time. A winner of no fewer than 15 GRAMMY Awards with more than 230 million records sold globally, it was no surprise that when the star brought his inimitable brand of hip hop to Abu Dhabi’s du Arena, there wasn’t a spare seat in the house.