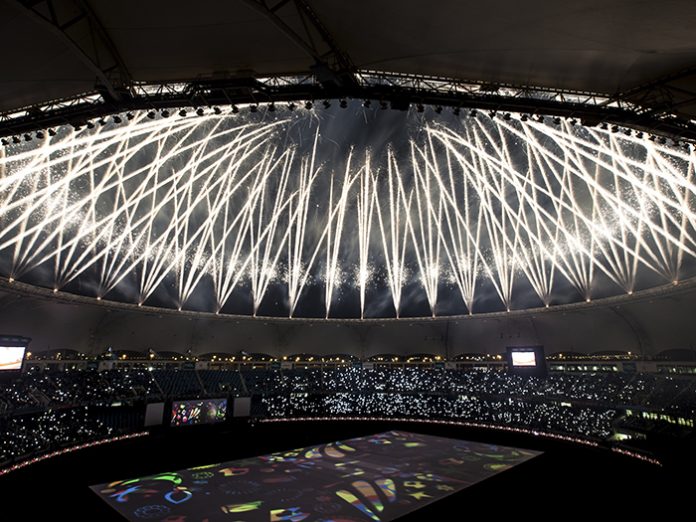 For the second year in a row, Flash Art designed the pyrotechnics for the Pakistan Super League’s Opening Ceremony, which was held on 9 February 2017 in Dubai.

Held at the Dubai International Cricket Stadium, the show incorporated firework displays positioned above the audience on the stadium roof structure. The set-up included 64 rooftop firing positions, with a further 32 over the first rows of seats.

The ceremony consisted of a presentation of the teams and a live performance from Shaggy, as well as a number of Pakistani artists. This was accompanied by a full production that included lasers, a full light show, and projection onto a fabric screen that covered a large portion of the field of play.

Flash Art’s Senior Project Manager Piotr Szablowski commented: “We regularly provide our services for sporting ceremonies and strength of the applause that a good show receives from those crowds are always huge. It certainly helps us feel good about all of the hard work we put in on site.”

The Pakistan Super League continues across February until 7 March, with the final held in Lahore.