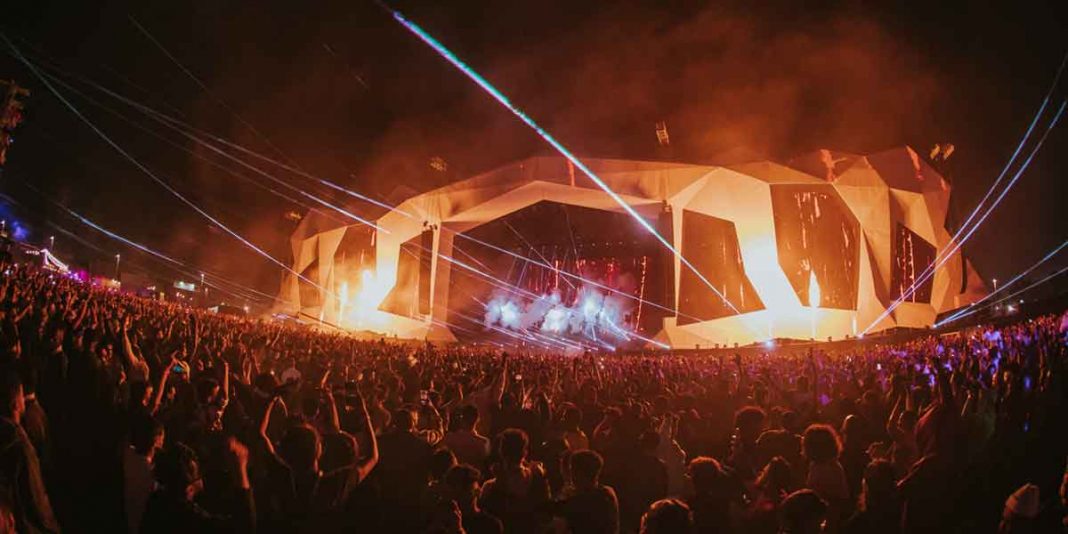 Following the inaugural Saudi Arabian Grand Prix in 2021, Formula One returned to the Kingdom’s Jeddah Corniche Circuit in March for the second year running, bringing with it another stellar line-up of artists to wow crowds at the traditional After-Race Concerts. While last year’s shows featured the likes of Justin Bieber and David Guetta, the 2022 edition stepped proceeding up a notch, with a packed weekend of concerts from Mohamed Ramadan, Wiz Khalifa, and DJ Axwell, as well as Chris Brown, Black Eyed Peas, and R3hab.

Curated once again by MDLBEAST Presents, MDLBEAST’s arm for talent booking and event production, which was ably supported by productionglue (A TAIT Company), the project called upon a variety of suppliers, including: AES, which provided the stage and VIP platform; PRG, which supplied an extensive AV setup including audio, video, lighting and rigging; ER Productions for lasers, SFX and pyro; Colour Sound Experiment, which supplied environmental video and lighting; Aggreko for power; Byrne Equipment Rental and OPS for cabins and containers; Rock City and Gulf Crewing Company (GCC) for crewing and labour; and MTD for water.