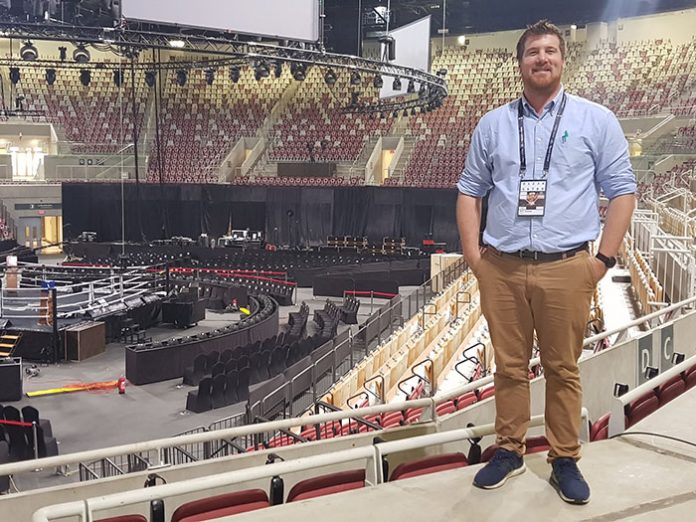 Dubai-based consultancy Gallowglass Health and Safety (GGH&S) has dissolved its collaboration with live events services company, Fruition Events, in order to expand on an independent business.

The 2 businesses joined forces in 2017 to form a combined offering to meet the demand for events Health and Safety provision within the GCC region. After a year of consulting on a series of large-scale events, GGH&S is now ready to continue as a stand-alone entity.

GGH&S Managing Partner, Steve Kearney said: “Over the last 12 months we’ve worked for leading agencies including Jack Morton Worldwide, 45 Degrees and DAS Event – on some fantastic projects, such as the Opening Ceremony of the Dubai World Cup, the Abu Dhabi Ideas Weekend and a major car launch.

“We’ll continue to work with Fruition but have now formed Gallowglass Health and Safety Middle East as a subsidiary of our UK parent. Our Dubai team will be closely linked to our UK head office, and with to the Gallowglass Group as a whole – which provides a broad range of international events services.”

GGH&S’ ME team is headed by Principal Consultant, Adrian Peet. He said: “We have 3 full-time advisors based here in Dubai. But we’re increasingly calling on a wider pool of visa-ready, legally-compliant consultants from our UK head office, who can support our growing international activities as and when required. Our specialist trainer, John Young, has been out recently to deliver Occupational Safety and Health training to audio specialist Delta Sound.”

Peet has expanded the consultancy’s sphere of operation into other GCC regions. Most recently he has been working at Saudi Arabia’s King Abdullah Sports City stadium for the World Boxing Super Series: George Groves v Callum Smith. More projects have been confirmed for the run-up to Christmas and beyond.

Peet, who was responsible for delivering a number of key health and safety projects for the overlay and infrastructure of the Rio 2016 Olympic Games, is also actively engaged with the Middle East Chapter of the International Live Events Association (ILEA). He is one of several local experts who have formed a working group to open a forum for the creation of event-specific approved codes of practice in the region.