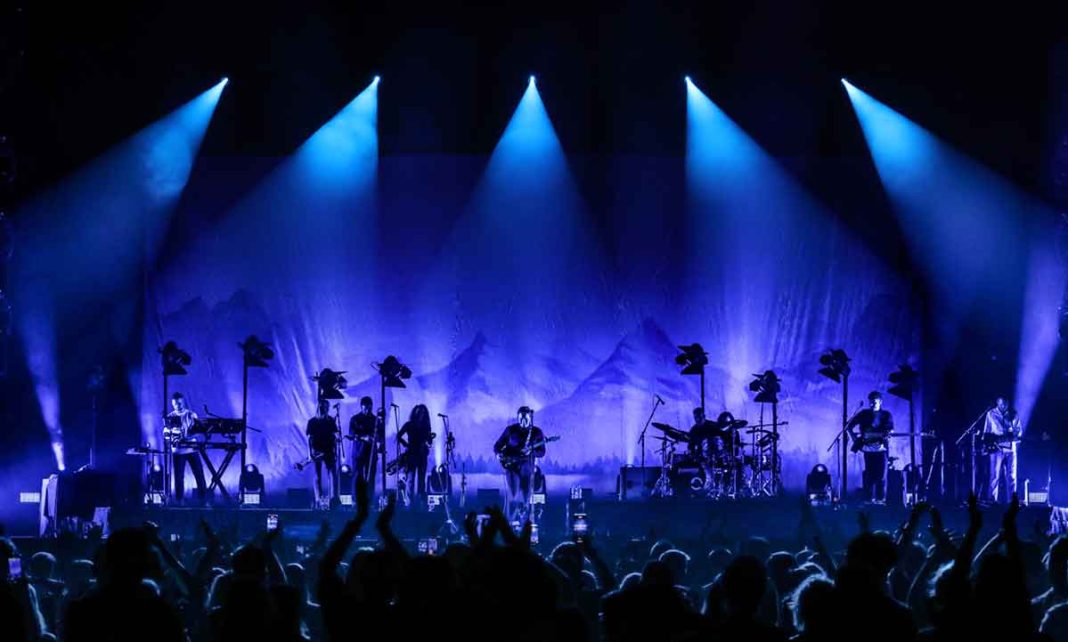 Fresh from an extensive UK arena tour in support of his latest album, Gold Rush Kid, George Ezra headed east for the Australia and New Zealand leg of his tour, squeezing in a one-night-only performance at Dubai’s Coca-Cola Arena on the way. Accompanied by a seven-piece band and backed as ever by his loyal touring crew, Ezra put on a typically slick, upbeat performance – much to the delight of the adoring UAE audience, who last saw the artist at his sell-out 2019 show at Dubai World Trade Centre.

With the touring party spending just over 24 hours in Dubai before heading Down Under, this was the very definition of a flying visit. However, despite the tight turnaround, Production Manager Jake Vernum was only too happy to welcome TPMEA into the production office for a chat ahead of the show. “It’s been a busy year for George with UK festival season followed by an extremely successful UK tour,” began Vernum, who has been equally busy this year, working with Ezra as well as Fatboy Slim, UK-based Pearce Hire and even finding time to pick up the prestigious Production Manager of the Year award at the TPi Awards 2022. “It’s been a whirlwind,” he laughed.

Like George Ezra’s previous tour in support of his second album, Staying at Tamara’s, this latest touring campaign is centred around the theme of travel. However, that’s where the similarities end, as Vernum explained, the new record is “more about the journey than the destination”. He added: “The initial brief from George was partly inspired by Bob Dylan’s The Rolling Thunder Revue and was based around traditional theatres… Our Show Designer Cate Carter took a very theatrical approach to the designs, which emphasised the use of set and video rather than lighting. Hence, we toured our mountain facia system in the summer to replicate and compliment the album artwork.”