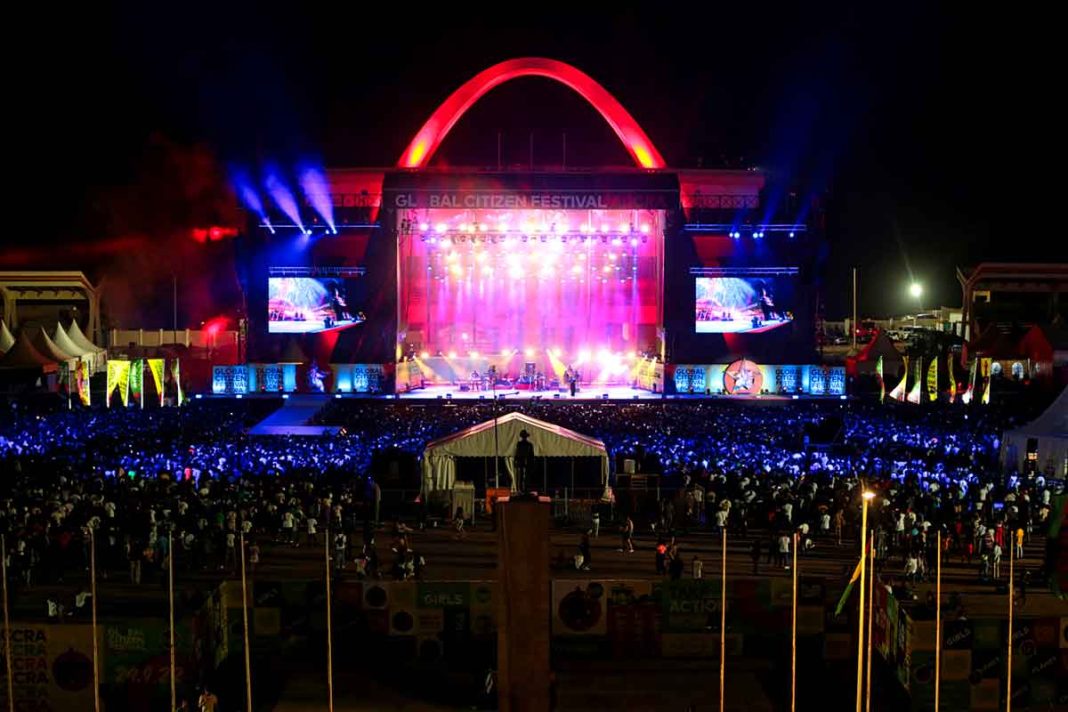 Since it began lighting up Central Park’s Great Lawn in 2012, Global Citizen Festival has become the world’s longest-running global campaign calling for an end to extreme poverty that unites millions of voices, amplified by some of the world’s biggest artists, demanding world leaders take immediate action. To celebrate its 10th anniversary, the iconic festival once again put on two stages in international cultural capitals of New York City and Accra, Ghana, with both shows broadcast and streamed live across the globe.

While the New York production is an ever-present fixture on the Global Citizen calendar, this year was the first time the charity had taken its famous festival to Ghana, with the likes of Usher, SZA, Stormzy, Gyakie, H.E.R., Sarkodie, Stonebwoy and TEMS performing to a delighted crowd in Accra’s iconic Black Star Square. With 2022 marking the 65th anniversary of the country’s independence as well as 20 years of the African Union, for Simon Moss, Co-Founder of Global Citizen, it was the perfect time to bring the show to Accra.

“Over the past 10 years, we’ve witnessed a massive surge in Afro Beats as a musical genre coming into the mainstream, with old barriers increasingly being broken down,” he began, referencing the evolution from the Don’t They Know It’s Christmas generational understanding of Africa he grew up with to the modern-day representation such as Black Panther: Wakanda Forever, which paints the continent in an altogether stronger, more powerful light. “We wanted to seize upon this moment of cultural excellence and provide a platform for the incredible achievements and work being done throughout the continent to come to the fore.”