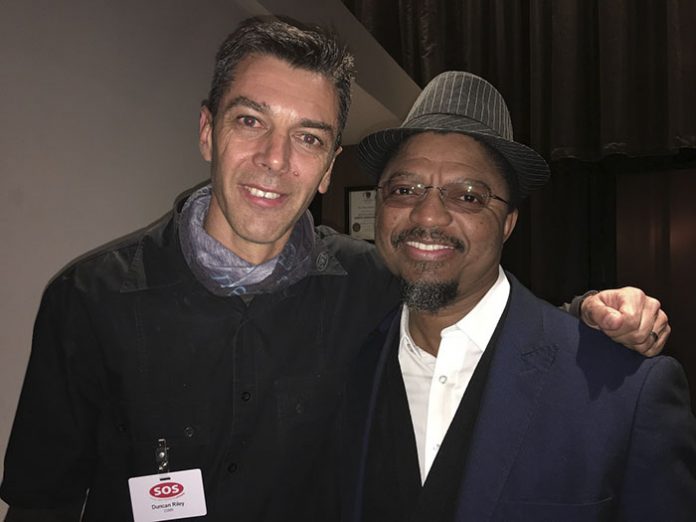 The SOS Charity Fund, an initiative by DWR Distribution, hosted its very first auction dinner, raising a remarkable R97,500 (GBP5,717) from the auction alone. With a focus on the SOS campaign during Mediatech, the charity fundraised over R500,000 (GBP29,319) during July.

Some 230 people, a mixed bag from rental companies and the entertainment market in Africa and Namibia, as well as a number of international guests, attended the SOS Fundraising Evening held at The Venue in Melrose Arch on 20 July 2017.

As competitors sat side by side, both Jason Goliath, compere and comedian, and Dr Victor and the Rasta Rebels, provided top class entertainment, free of charge, in solidarity with the SOS. DWR extended its gratitude to The Venue’s Tony Raciti and Trudie de Kock, who hosted the event and went out of their way to provide a beautiful setting complemented with a fantastic dinner and excellent service.

“We sold several pieces at the auction generously donated by various companies within the industry,” said Duncan Riley of DWR, who founded the SOS in December 2016. “The industry never stops surprising me, and I am daily reminded of the privilege of working with such passionate and amazing people. Thank you from the bottom of my heart to all who attended.”

As tables were sold for the event, the SOS raised a further R189,000 (GBP11,082). In addition to the dinner, DWR drove the charity campaign during Mediatech, hosted at the TicketPro Dome. Here DWR pledged R150,000 (GBP8,795)towards the SOS fund, and then, for every person who visited the DWR stand and took a trip on the DWR Express, a further R50 per bum on seat was raised. With around 1,500 guests attending, it meant that DWR could contribute a further R75 000 (GBP4,397) to the charity.

The SOS was established to help people within the industry who suffer a loss of earning due to illness or injury. Ian Staddon from DiGiCo was instrumental in bringing the idea to DWR, and Riley stated that it was truly an honour to have him at the very first SOS Fundraising Dinner.

“My partners, Bruce Riley and Robert Izzett, and I are honoured to be part of the entertainment market where everyone really cares about each other,” said Riley. “Thank you for your support, and we hope that in some way we can make a difference when the need arises. We are confident that the R511,500 (GBP29,993) raised will be used for a good cause.”
If you know of someone from the industry who is experiencing a tough time due to unforeseen circumstances, contact Sherryn Riley at sales@dwrdistribution.co.za or Lee Baird at lee@dwrdistribution.co.za.