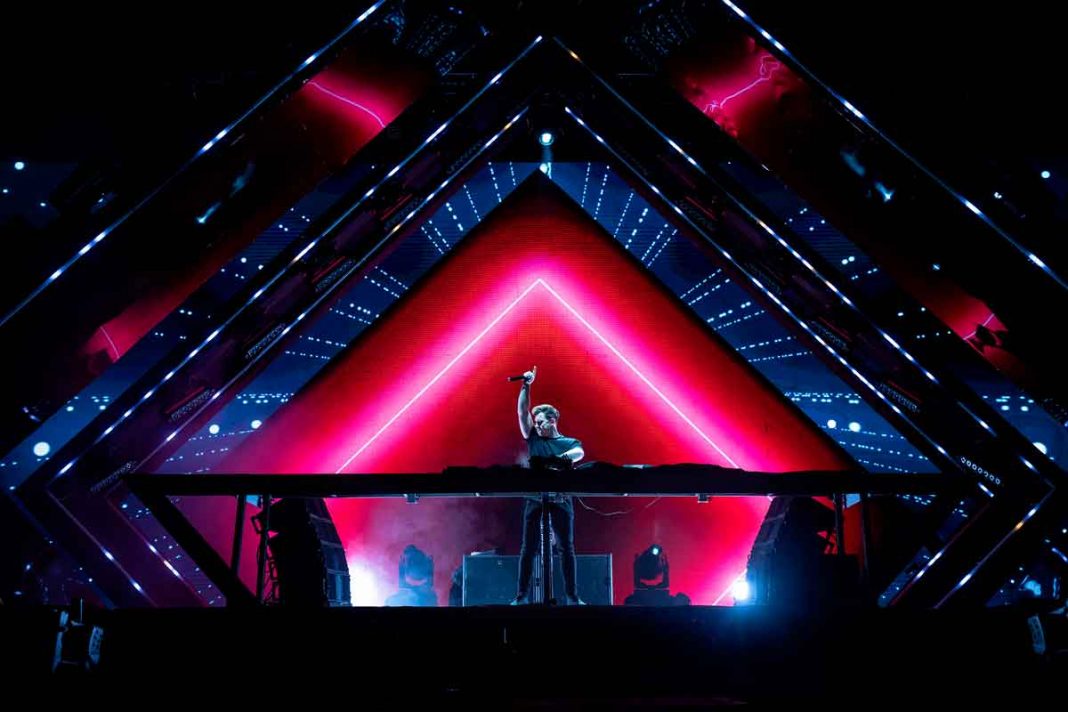 After almost four years away from the industry, DJ Hardwell returned in 2022 with a 24-date world tour in support of his brand-new REBELS NEVER DIE album, with an updated sound and all-new stage show pushing the boundaries of creativity and marking a new era in his already glittering career. A two-time World Number One DJ, the Dutch electro-house master stepped up his involvement in this latest tour, taking the lead on the creative stage and show designs.

After a comeback show at Miami’s Ultra Music Festival, the REBELS NEVER DIE World Tour kicked off in earnest at Jerusalem’s Sacher Park on 26 May, before taking in multiple European dates, an appearance at the UK’s Creamfields, and several US and Canadian shows.

The multitalented DJ was assisted by an equally skilled cast of partners including: High Scream (stage design); This is Comix & DelMonte Media (Visual Content Creation); The Next Cue and The Art of Light (lighting design); NoizBoyz (audio design); The Next Cue and Mirage (laser design); AVM-SFX (special effects design); and Backbone International (technical development).

Describing Hardwell as “the sole inspirator behind this show and its stage and show designs”, High Scream’s Romain Pissenem was full of praise for the DJ. “The drive he brought to the table, together with an unmatched dedication to the studio productions he made to create the album, made it a pleasure to co-create his new stage show for the REBELS NEVER DIE World Tour with him,” he began. “From the first meeting, he had a clear view on what he wanted his show design and visuals to resemble.”

Poem of the Eternal City