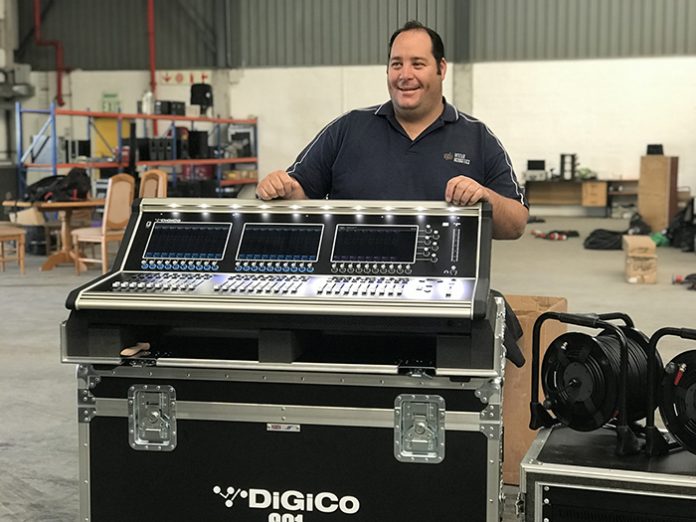 “The S31 is our first DiGiCo console and there is the talk of adding another one to our stock soon,” commented Grant Olivier, spokesperson for the company.

“We’ve been looking to replace and upgrade our existing consoles for a while now and we wanted something that would be tech rider friendly, easy to use and powerful at the same time.”

The DiGiCo S31 is a great fit. In the hands of Divan Dirker, Head of Audio at Intello Acoustics, the console has already been hard at work at #Imagine 2018 Cape Town, where workshops, talks and worship, directed at thousands of teenagers and youth leaders, encourage them to be the agents of change in their communities. The DiGiCo S31 was also be used at Harvest 2018, an annual praise and worship event hosted by the CRC Church at the Grand West Arena in May.

“I absolutely love the S31,” said Divan Dirker, who lists his favourite features of the console as the workflow, the layout of the console and having everything at his fingertips or at the touch of a button. But for me, the most important feature is the superb quality of sound produced by the console.”

A bigger version of the DiGiCo S2, the DiGiCo S31, allows for increased functionality and accessibility, at an affordable price. With 31 faders and three 10” multi-touch screens.