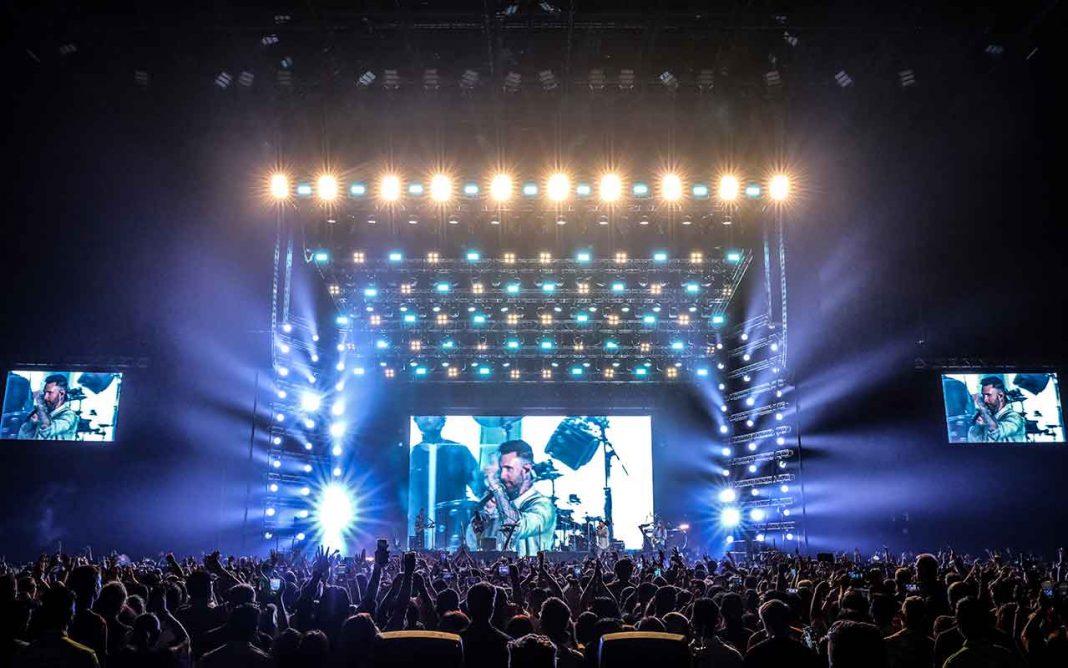 From grass-roots club shows to large-scale international tours, Live Nation is ramping up its operation across the Middle East. The company has already made history by putting on the first ever regionally routed run from an A-list band, when Maroon 5 performed in Egypt, the UAE and Israel in May, and it seems that there’s a lot more to come.

Here, Live Nation Middle East President, James Craven discusses the rapidly changing landscape of live events in the region, reveals details of the company’s ground-breaking sustainability-driven partnership with Emirates Nature-WWF and shares some of his aims for the future. 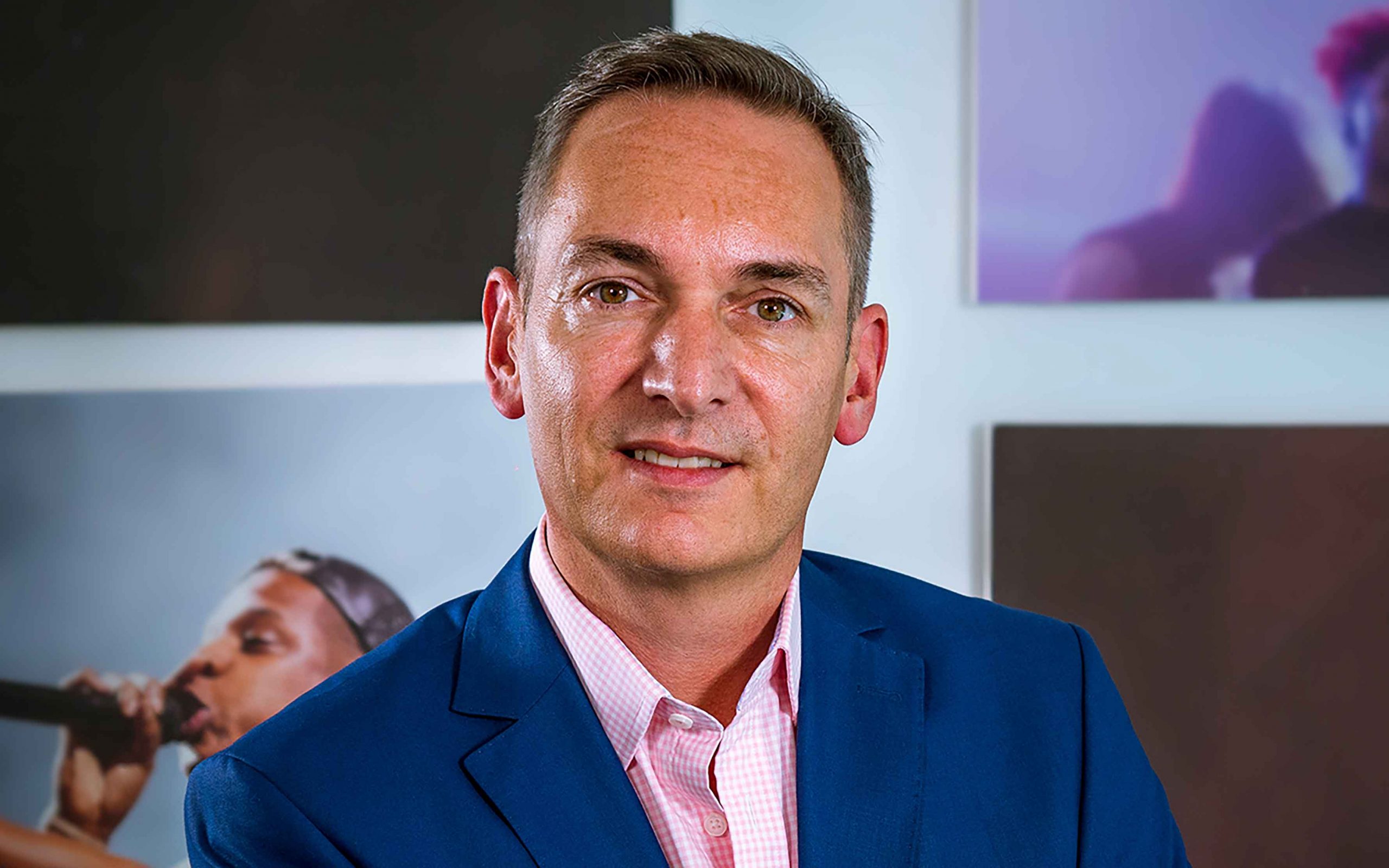 How has this year been so far for Live Nation ME, and how is business looking for next season?

2022 started extremely well and the second half of the year leading into 2023 looks even better. A real highlight for the first half of the year was the regional tour with Maroon 5 in May. It was the first ever regionally routed run with an A-list band, which included the Pyramids in Egypt; Etihad Arena in Abu Dhabi; and Park Hayarkon in Tel Aviv, Israel. This is the first of many more regional tours for Live Nation Middle East.

With large international acts such as Maroon 5 and One Republic now including multiple Middle East dates on their touring calendars, how is this changing the landscape of live events in the region?

Regionally routed runs have a very positive impact for fans, artists, and promoters alike. The fans get to see more artists, the artists get to play to more fans and the promoter sees an increase in artist confirmations – it’s good for everyone. We see the potential for as many as 10 or more dates on future regional tours.

We are the only live event promoter to have offices and teams in almost all the primary regional markets now, which has further helped us fast-track our success in this area. We have already announced multidate tours for One Republic and Westlife and have several major regional tours to announce in the coming weeks. 2022 will certainly be our biggest year to date in the region.

How has the construction of large indoor arenas such as Etihad Arena and Coca-Cola Arena improved the prospects of year-round live events in the UAE?

Purpose-built venues certainly increase the opportunities for year-round shows, but also improve the overall experience for fans. From a promoter perspective, they are much more cost-effective than greenfield sites and allow us to clearly demonstrate the gross potential of the show when making offers. We are seeing new arena projects in almost all the primary markets, which can only be good for the live sector.

How big of a boost is the emergence of Saudi Arabia as a live event-hosting nation?

Prior to 2018, the only market within the GCC regularly hosting concerts and festivals was the UAE. Jump forward to today, and the landscape has completely expanded. Looking at the overall live industry across the Middle East, Saudi has cultivated the biggest promoting market. The potential for the market, with a population of almost 35 million, is clearly enormous while also bringing benefits to the wider region.

What kind of an effect do you envisage the FIFA World Cup in Qatar will have on live events in the country?

Live Nation delivered a series of Arabic music concerts and family shows in Doha around the time of the Arab Cup in 2021, so we would certainly expect to see a significant demand for content during the World Cup period – not just in Qatar, but across the whole region. We are getting constant requests for talent from event organisers in almost every market as they prepare to build large-scale fan zones to watch the football and enjoy live entertainment.

I am particularly excited about the Hard Rock Café series. We are discovering a whole new audience of live music fans who want to attend live club shows on a regular basis. We have hired a new dedicated club promoter and he is already booking shows well into 2023. The music offering for the club shows will be much more diverse than has typically been seen in the UAE and allow us to cater to a much broader base of fans.

Our first show with CAS (Cigarettes After Sex) was so successful, we had to immediately add a second show. As a promoter, it also allows us to create much better performance opportunities for artists at all stages of their careers, from clubs to theatres to arenas and stadiums.

Tell us more about the partnership with Emirates Nature-WWF. How will this help enhance the sustainability of touring in the Middle East?

As part of the Green Nation Touring programme launched in 2021, we are partnering with Emirates Nature-WWF and our global team to bring the programme to the Middle East in the lead up to COP28. We are developing tools and resources for artists to understand the carbon footprint of their tours, so they can take decisions that are based on science to lower the environmental impact of the shows. This is an exciting opportunity, working together with Emirates Nature-WWF to drive positive change in the music industry and beyond, providing support to artists, fans but also our supply chain to deliver sustainable live events.

The Maroon 5 show was the onset of this partnership. This was the first event where we collected data to build our baseline and assess the impact of the show; before we can make changes, we need to understand where we are and what our impact is. Besides collecting data, we also teamed up with Porsche distributor Ali & Sons, which facilitated EV transport for the band, and Etihad Airways, which provided fuel-efficient inbound flight service, lowering the overall emissions of the show.

Hosting a sustainable event is beneficial for everyone; artists, fans, staff, crew – for the people and the planet. As the world’s leading entertainment company, we have the responsibility to protect the environment where our events take place. Hosting a sustainable event is doing what is right, demonstrating leadership in climate action and driving change to continue lowering the environmental impact of live events.

What are the greatest challenges facing Live Nation Middle East at the moment?

Keeping up with the demand for content is probably the biggest challenge – the Middle East is a very exciting place to be right now! It would also be fair to say that, like many promoters across the globe, we are also having to deal with cost inflation, but broadly we’re seeing the strong demand for shows offset increased costs.

In what area of the business can you see the biggest potential for growth?

I truly believe that the Middle East live entertainment scene is only at the beginning of an extremely exciting journey ahead.

The live sector is growing so rapidly across the region that it creates huge opportunities across all areas of our business, including regional touring (in clubs, theatres, and arenas), festivals, venue management and sponsorship. Our goal is to continue to nurture and grow the touring market across all segments and all areas of the region.