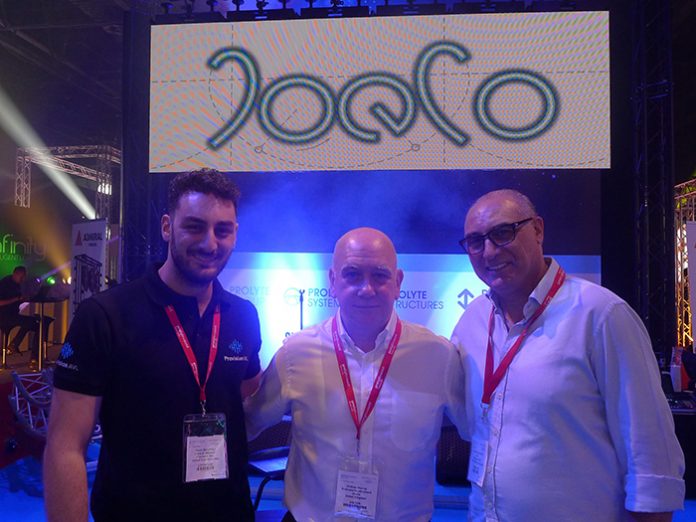 JoeCo is once again growing its reach in the Middle East thanks to a new distribution relationship With Provision AVL. The Dubai-based distributor will now represent the brand across the GCC region and follows hot on the heels of a similar deal with Boujikian Bros in Lebanon. The new relationships mean that the manufacturer has direct representatives in every territory across the Middle East.

“We had been looking for some time to find the right partners for JoeCo in Middle Eastern territories,” explained Graham Murray, Business Development at JoeCo. “We feel it is important to have strong partners and a local presence to promote and backup JoeCo equipment sales. Provision AVL can provide the facility to support local customers and effectively promote JoeCo solutions to the Middle Eastern markets. After spending a few days with Kevin and seeing him and his team in action, it became clear that Provision AVL would be the perfect partner for JoeCo’s business for the GCC.”

“JoeCo is one of the leading multi-track recorder and player manufacturers in the world, and with its award-winning BLACKBOX range, we felt that it would complement the audio brands that we already represent,” added Kevin Boujikian, General Manager at Provision AVL. “The brand deserves further growth in the region, and that happens with more exposure, demos and end-user training.”

The initial stages of the relationship saw JoeCo equipment displayed on the Provision AVL booth at Prolight + Sound Middle East in Dubai, generating a very positive response from visitors. “The support we received from Provision AVL at the show, at such an early stage of the relationship, was some of the best I have seen,” reflected JoeCo Managing Director, Joe Bull. “I believe this new partnership will mean a much wider audience will experience the benefits of BLACKBOX, BLUEBOX and CELLO. I’m looking forward to a long relationship with Kevin and the team.”

“Having Provision AVL on board will expand and strengthen our presence throughout the GCC region,” agreed Murray. “They will provide greater exposure of the solutions JoeCo can offer to GCC customers, in addition to proactively targeting some of our key market sectors. All of which will help JoeCo’s business in the GCC markets.”