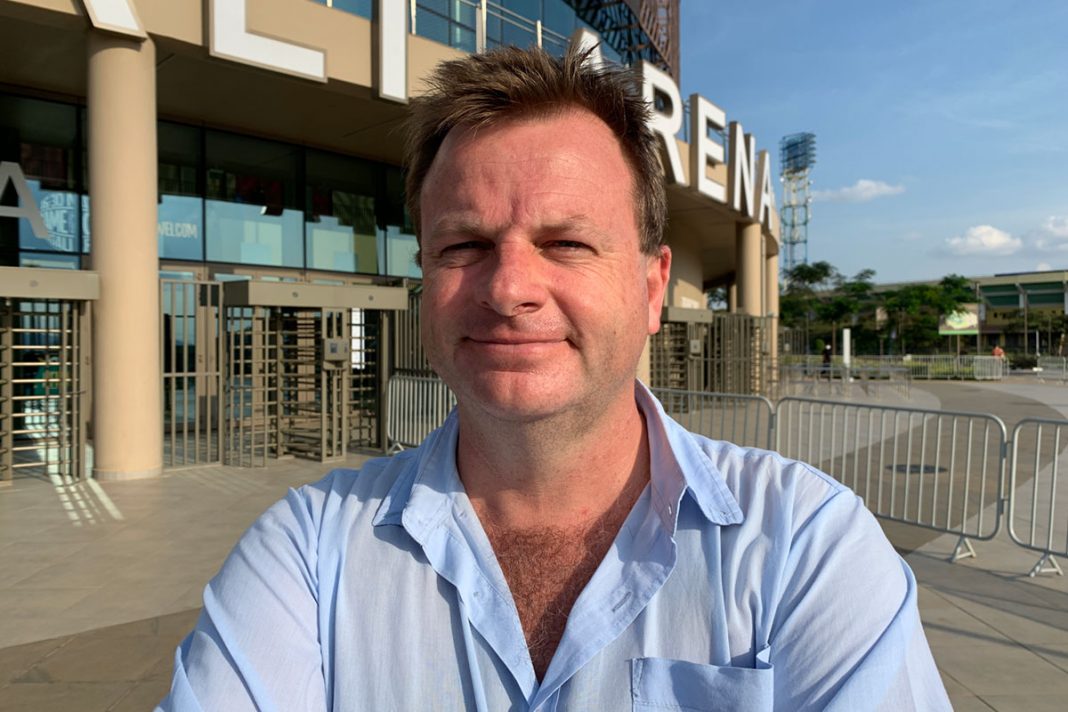 To say that 2020 was a roller-coaster year for the live events industry would be something of an understatement. Like many others in the sector, Stuart Andrews saw his role as General Manager of Johannesburg-based technical production company Sound Stylists disappear overnight due to the catastrophic effects of the COVID-19 pandemic. The main difference in Andrews’ situation, however, was that he had only joined the company less than three weeks prior. “I took up that position in March 2020 and then COVID-19 hit. I was laid off after just 17 days on the job,” he recalled. “It was through no fault of the company – the entire industry was forced to a grinding halt.”

While nobody could have foreseen the circumstances that led to Andrews being made redundant, thankfully the South African already had a long and varied career under his belt, starting out working as an Audio Technician for large hotel casino resorts in South Africa, before embarking on a successful stint in Dubai, spent working first for Jumeirah Hotel Group as Audio-Visual Production Manager, before moving to Protec as a Project Manager. Eventually Andrews moved back to his homeland to take up a job at Gearhouse SA, working in various roles in both Durban and Johannesburg over the years, culminating in a position of Operations Manager of the Johannesburg branch. And it was this wealth of experience that opened the door to another opportunity following his untimely exit from Sound Stylists.

“In my time at Gearhouse, I had established good contacts with Rwanda Events and had worked alongside and for them on a number of projects in Kigali. Similarly, during my time in the resorts, I had worked alongside a company called Q A Venue Solutions (QAVS), which had been awarded the management contract for the Kigali Arena on behalf of the government of Rwanda,” Andrews explained.

With Rwanda Events looking for assistance in operations, training, and technical consultancy, and QAVS interested in hiring Andrews for some consultancy, operations and consultancy work at the Kigali Arena, the stars aligned. “These two connections dovetailed for me,” he described. “After sitting at home in lockdown for a year, I jumped at the chance to work with a great team of people who I have known and worked with before.”

So, with the backdrop of the pandemic still playing havoc with the industry all over the world, Andrews once again packed his bags and headed off to Rwanda. “With fantastic convention and accommodation facilities, the city of Kigali has established itself as an international conference destination of choice. However, like most countries, Rwanda has implemented a lockdown and restricted events, which has devastated the local industry,” he reported. And while at the time of writing the local industry is still awaiting further guidelines on the reopening of events, with the Commonwealth Heads of Government (CHOGM 2021) which was due to take place in the country in June, postponed, many are looking for a catalyst for the phased reopening of the industry.

With a far-reaching remit across his two positions for both Rwanda Events and QAVS, there’s certainly plenty for Andrews to get his teeth into while the industry awaits the return of live events. “Rwanda Events has focused on supplying the complete solution to the conferencing and events market. With four divisions, the company covers everything from event management, to rental and productions, destination management and multimedia,” he explained. “Meanwhile for QAVS, I am reviewing the AV systems that are a legacy of the installation at Kigali Arena. I’m also assisting with a range of other matters, including but not limited to building maintenance, IT, electrical issues and general operations management.”

Looking ahead, Andrews describes the prognosis for the Rwandan live events industry as “good and positive”. He concluded: “Rwanda has stood out very clearly on the continent for its approach to dealing with the COVID-19 pandemic, and this will stand it in good stead for being recognised as a safe and secure destination for business events. While there is a huge growth potential in Rwanda, we can also service East and West Africa from here, so I see Rwanda as very much the place to be – now and in the future.”