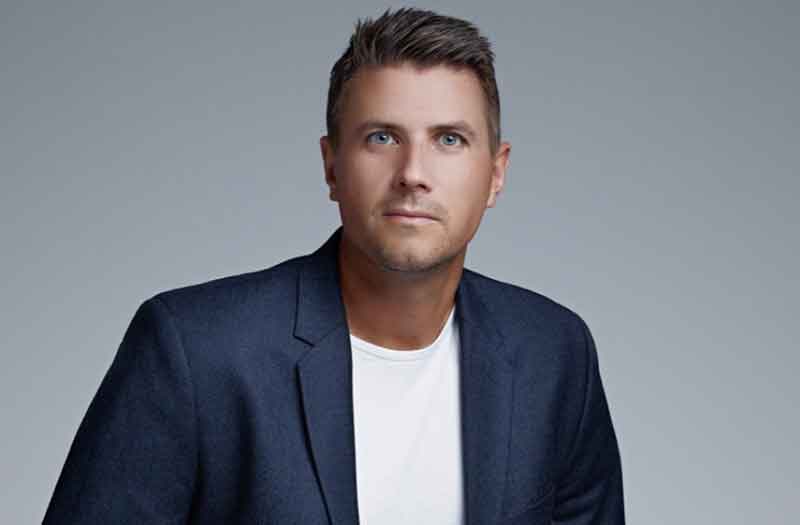 It’s been 18 months since we last spoke to Coca-Cola Arena’s General Manager, Mark Jan Kar, and it’s fair to say that the industry has changed significantly for the better since then. Back in mid-2021, the then newly installed GM told TPMEA – over Zoom, of course – about his plans to reconnect with the industry and lay the foundations for the return of live events following the COVID-19 pandemic. Skip to the present day, and as we’re led through the bowels of the Coca-Cola Arena and up into one of the venue’s plush corporate boxes for our scheduled interview, it certainly feels like everything is back to business as usual.

Since we last spoke, the Coca-Cola Arena has gone from running at capacities of around 2,500 with socially distanced seating and mandatory mask-wearing, to recently hosting a sold-out show for Curtis ‘50 Cent’ Jackson. “It’s been a long but incredible journey,” Kar reflected. “We’ve delivered 58 live events since the last time we spoke, and we’ve got some phenomenal programmes coming up.”

If there’s one thing that the COVID-19 ordeal taught Kar and his team, it was to be humble. “We learned the importance of working with promoters and organisers both in the corporate and live space to show that the building is dynamic,” he recalled. “We made significant investments in drapes and seat covers to make the building more adaptable and give it that feeling of being full even at lower capacities. And even though we are now able to operate at full capacity, that principle of flexibility still applies today.”

The element of flexibility certainly proved invaluable for the recent 50 Cent show, which sold even better than initially expected. “That is a prime example of a show where all parties and stakeholders thought would be a fantastic event, but initially we projected to operate at a smaller capacity without opening level four of the arena,” Kar recalled. “However, the beauty of this building is that once we saw how well the tickets were selling, within a matter of minutes, collectively we made the decision to open level four and suddenly we had the potential to welcome another 5,000 people. Without going into details, when an artist agreement has a flipside of a bigger capacity than originally expected, that’s when people start making some good money.”

Of course, with larger attendances comes bigger operational challenges. However, according to Kar, the Arena’s event management and security teams take it all in their stride. “There are learnings from every show, but overall, they do a fantastic job,” he praised. “A lot of the success is down to them knowing the nuances of things like how the traffic can be on a Friday night and the effect that stage times can have on audience behaviour and planning accordingly.”

As well as offering additional services, such as utilising its partnerships with the likes of ARN (Arabian Radio Network) to facilitate an extra level of marketing support for incoming events, the arena has also explored ways to better support promoters and “understand where their pain points are”. Kar explained: “We worked with promoters to understand what we can do as a venue to release the pressure on cashflow requirements when it comes to paying artists and other expenses. Finance and legal have come up with a term called ‘irrevocable direction to pay’, which means if promoters go through trusted suppliers, certain bills can be settled directly out of their gross box office, rather than them having to pay upfront.”

‘PLAY IN THE SAME SANDPIT, BUT WITH DIFFERENT TOYS’

Artist availability has always been a challenge in the Middle East, and as other regional markets gain strength, Kar is aware that there’s stiff competition. “We like to think of ourselves as the home of live entertainment in Dubai, but if you look outside of the city, Abu Dhabi is doing a phenomenal job in terms of its entertainment positioning in global IPs. Then you’ve got Al Dana Amphitheatre in Bahrain as well as the huge amount of activity going on in Saudi and, of course, the FIFA World Cup in Doha,” he noted.

“The challenge we have is about educating clients both from a local and international perspective that Dubai has matured – it has moved on from the days of paying three times over the odds for artists. Some other markets might be able to sustain that model in the short term as they are maturing, but Dubai has reached the point where its events now need to be sustainable and make a positive economic impact into the city.”

The GM used the busy Q4 period as an example of the wealth of events taking place not just in Dubai but across the region. “We have Race to Dubai, DP World Championship and Formula One all in the same weekend, then a couple of weeks after that there’s MDLBEAST Soundstorm in Riyadh, FIFA World Cup in Qatar, as well as Rugby Sevens and National Day in the UAE,” he noted, adding that while those events are going on elsewhere, the Coca-Cola Arena will be hosting the Dubai Fitness Championship.

“There’s no point in competing with some of those large-scale shows. Instead, we want to show that we’re a pillar of society in the community in Dubai and use the diversity of the building to offer alternatives. There’s room for everybody. It’s just about identifying and not competing in the same space. You can play in the same sandpit, but with different toys.”

Speaking of flexibility, Kar pointed to the wide variety of content that has found a home at Coca-Cola Arena as one of his team’s biggest successes. “The fact that we’ve got multiple genres of content coming through the building is incredibly satisfying,” he pinpointed. “Aside from the Western acts, we’ve done incredibly well in Khaleeji music, with the likes of Abdul Majeed, Rashed Al-Majed and Assala all selling extremely well. The Coca-Cola Arena is a touchpoint for the local community and the venue is now a well-known brand in Dubai.”

Technology continues to be vital to the success of shows within the venue, and Kar praised Coca-Cola Arena’s Director of Technical and Production, Malcolm Giles, whose leadership he described as “vital”. He added: “Malcolm and his team are a big reason why the building has been successful in being able to churn out as many activities as it does.”

He added that while he would never want to go into competition with rental houses, if an opportunity arises for the business to purchase some equipment that could be supplied in-house, it’s something the management team would consider. “We have had full analysis on where our promoters are spending their money on kit, and if we feel there’s an opportunity for investment, we’d be foolish to ignore it,” he stated.

Looking to the future, Kar explained that the immediate plan is simply “to see out a very strong season”. He commented: “We are undertaking a large series of family content – something we haven’t explored to its full potential yet.” Part of that series of family content is the recently announced Cirque du Soleil, which is taking over the Coca-Cola Arena from 12-18 January, putting on multiple shows of its new production, Ovo. “It’s the first run of multiple shows per day we’ve had, and it will bring a completely different dynamic into the building,” he said.

In the longer term, Kar shared the venue’s plans to attract an anchor tenant in the form of a basketball team. “It is a big ambition to secure a sports franchise,” he said. “We’ve been working closely with a private entity and the government to secure a basketball team that competes in Europe to be based out of Coca-Cola Arena. It’s not a done deal yet, but we’re working with the relevant bodies to bring that to life hopefully as soon as late 2023.”