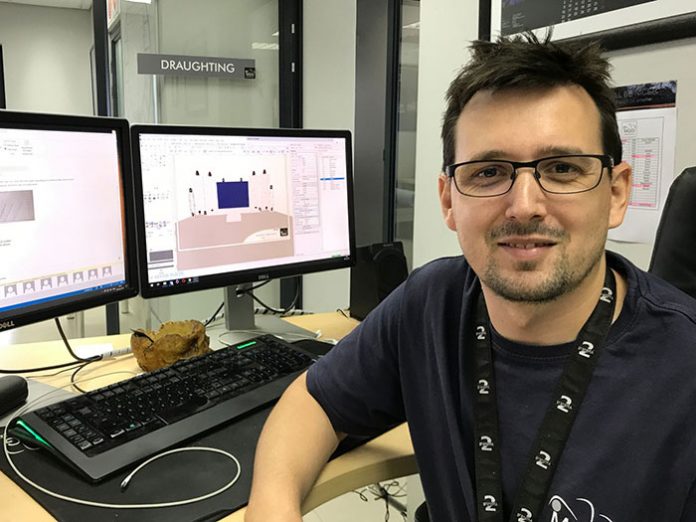 MGG Productions has become the first rental technical company in South Africa to invest in Braceworks, an add-on module for Vectorworks Spotlight, which helps ensure safety and compliance and is an easy way to assess a temporary structure under load.

With Braceworks, the days when stages and gear would be unloaded and their positions decided on the day are well and truly over. “Now everything is so well planned, right to the point of where the motors need to go,” Kevin Rieck, Head of Drafting at MGG explained. “Everyone can see what the final product is going to look like before the truck is even loaded, but with events getting bigger, we had to ensure safety first and this is where Braceworks comes in.”

MGG recently took ownership of Braceworks, purchased from DWR Distribution, and have used it on shows such as Miss South Africa 2019, Classics is Groot and a corporate event for Sasol. “We received Braceworks just in time for Miss SA, and it helped me to come up with solutions and made the process incredibly easy,” said Rieck. Typically, the Head of Drafting is given the stage, lighting and gear design, which he puts together into one drawing. “Miss South Africa incorporated thin LED walls, which were placed very high up in the rig. The weight was in a central spot and we used four one-tonnes just to pick it up.”

With heavy equipment such as LED panels suspended above people, safety has to be a priority. “Because of the way weight can be distributed, there is a lot of tension on the motors,” Rieck continued. “Braceworks shows you when a motor is overloaded or if a truss is under pressure. It basically works out everything for you, and at the touch of a button, exports the information into a detailed PDF. This entire file can then be given to a safety officer.”

What you put in is what you get out when working on both Vectorworks Spotlight and Braceworks. “We use symbols and every symbol has information attached to it,” said Rieck. “This includes the name of the product, its weight and dimensions.” The last big event MGG worked on, prior to Braceworks, was the Innibos Lowveld Arts Festival, held in June, where MGG was responsible for multiple stages. “From a structural and load in point of view, Innibos is a substantial load. The lighting rig is very heavy. It is essential to make sure that the loads you put in are correct. It was the last event we had to calculate manually.”

When it came to Time Square Sun Arena in Pretoria, where MGG is the in-house technical supplier, Rieck had to redraw the brand new venue. “We received DWGs from the venue and needed a 3D drawing of everything,” he began. “We went through 12 different drafts and the master file is around 500mb, which includes the power, rigging points, soundproofing around the venue, main structural roof, every single seat in 3D and 2D, the stage and floor. That took us about a year to finalise and we still find things here and there to add. It was one of my greatest achievements with Vectorworks.”

Rieck joined the MGG crew in 2008 and discovered Vectorworks in 2013. Relying on YouTube tutorials, his breakthrough came when attending a Vectorworks training course presented by Francois van der Merwe. “It was lifechanging,” he recalled. “The biggest shortcut that I didn’t know existed was to change your view with the numpad!” In 2014, he started helping Denzil Smith at MGG with drawings and eventually his passion and the increased number of shows, resulted in him being appointed as a full-time draftsman. More recently, Rieck had the opportunity to spend time with Jim Woodward, Senior Entertainment Product Specialists at Vectorworks, during his visit to South Africa over Mediatech.

If anything, Rieck is sold on the product. “These days I even use Vectorworks for home,” he smiled. “I have measured and redrawn my house. We went to the shops, measured the couch to see how it would fit in. We have a 400mm walking space but it works.”