December started with the end of a two-week run of Afrikaans is Groot (AIG) shows staged at the Sun International Time Square Sun Arena in Pretoria, which MGG is also the house technical services provider for.

Now in its eighth consecutive year of involvement with the production, AIG is a flagship for MGG, which once again supplied lighting, video, audio, rigging and staging for organisers, Coleske Artists.

Lighting was designed by Joshua Cutts of Visual Frontier. Cutts had over 650 Robe moving lights in the rig, including MegaPointes, Pointes, Spiiders, Squares, Spiikes, LEDWash 600s and 1200s, LEDBeam 100s and 150s and a range of BMFLs. The set was designed for the client by Corne Roodt from Verita, with MGG supplying the main deck structure.

Lighting was designed by Werner van Wyk, who utilised the full in-house lighting rig, supplemented this with some additional Robe BMFL Blades and WashBeams, Spiiders, Pointes, LEDWash 1200s and LEDBeam 100s, all running from an MA Lighting grandMA2 light.

MGG also supplied lighting for the Afrikaans is Groot Sommerfees, in Mossel Bay also promoted by Coleske Artists. Lighting was designed by Jacques Pretorius and included Robe MegaPointes, LEDWash 600s and 1200s along with some Robe PATT 2013s, which Pretorius positioned to the left and right of the LED screens.

It was the first time MGG had been involved with the event, which was staged at the highest point in Mossel Bay, meaning that crews had to contend with high winds, rain and dust.

Finally, just down the road in Hartenbos, another MGG crew and more lighting were in actions on In Afrikaans – another outdoor stage with a range of leading Afrikaans artists. The five shows ran across the last 10 days of December, with the final one on New Year’s Eve.

The LD was Johan Ferreira (well-known as the main stage LD for SA’s largest festival, Innibos). His design included Robe LEDWash 600s, 1200s and LEDBeam 100s, programmed and operated by Ferreira as well as a bunch of other lights on an MA Lighting grandMA2 light. 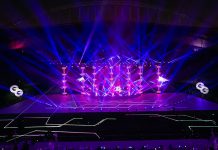 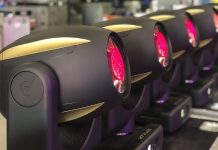 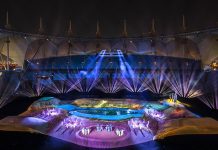