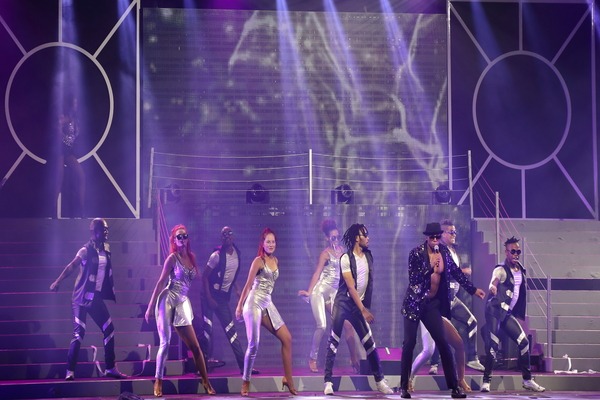 South African-based MGG, suppliers of technical services and equipment, has announced an expansion to their inventory with the investment of a Green Hippo Hippotizer V4 Boreal. The media server made its first grand appearance at the prestigious EOH annual year-end celebration, hosted in 3 regions.

Johan Botha from MGG, said: “An MA command wing controlled the Hippotizer V4. We ran main and back-up which went into a matrix switcher in the unlikely case that anything should go wrong. Honestly though, the Hippo is a reliable piece of kit.”

Having worked with the Green Hippo Hippotizer V3 in the past, Botha has seen a huge improvement. “I felt very comfortable running the Hippotizer V4, the videos didn’t stagger and there were no worries that the server would fall over. I ran big files – the Hap Codec in Quick-Time format – and the system behaved brilliantly. It was a phenomenal experience.

“It gives the user a lot of versatility and the one thing that I really love about the Hippotizer V4 is the versatility. It allows you to do many things on the fly during a show. At the EOH event in Durban and Cape Town, the main show was followed by a DJ performing in the same venue.  I could continue running the visuals, obviously able to compliment the beat and music being played, in comparison to time line programs which do not offer this flexibility.”

Content for the EOH event was supplied by MGG. Botha run the show and created the content using 2 computers; 1 to edit, and the other to export content was loaded onto the Hippotizer V4. “It was an intense show but the client was ecstatic,” Botha enthused. “Obviously if you can create the content and run the show it helps so much as you understand how the content has to fit into the mapping. We had a top layer and a bottom layer, and in total there were 6 LED screens with 1 pixel space, we made use of our Robe Cubes 324 and lastly used 10 delay screens. The mapping was impressive. It was simple and after I got my head around – thank you to Dylan Jones from DWR Distribution for the training – it took about half an hour to complete.”

Petro Palmer from Festival Sound ran the audio aspects for the show on the DiCiCo platform. He sent time code from Reper to both Botha and LD Francois van der Merwe, who were both using MA. “Green Hippos is a great machine, both solid and stable and integrates with lighting,” concluded Tim Parker. “It’s obviously great for bigger shows but is user friendly and has a section called the ZooKeeper which is great to work with. I’m looking forward to playing with the system.”