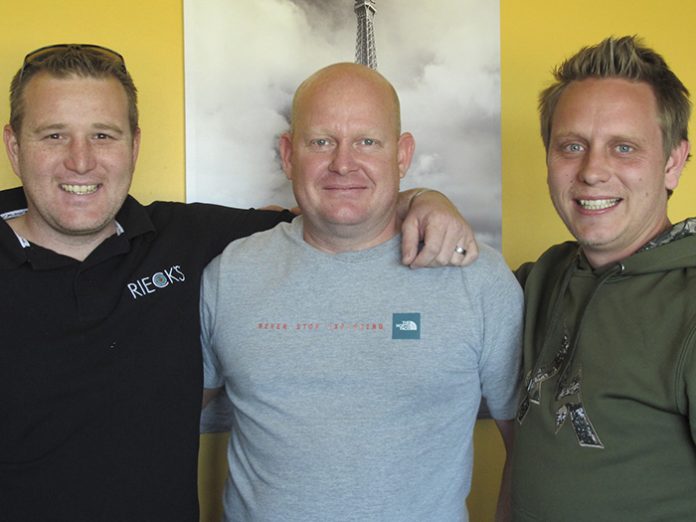 A new rental company offering lighting equipment has emerged in Johannesburg in the form of Event Lighting. A joint venture between Peter Rieck of Rieck’s Lighting and Henry Jenkins of Eventech, Event Lighting has already invested in 12 Robe Pointes, 24 Robe Spikies, 48 Longman F4 Up LED par cans, all supplied by DWR Distribution.

“Rieck’s Lighting will operate as normal,” explained Rieck. “I am still a consultant, a Project Manager and have my own clients to look after, while Henry remains the owner of Eventech, a rental company which supplies sound, staging, backline, structures and power.”

The collaboration came about after Eventech, who do not own any lighting gear, were continually hiring in equipment for events. “When you know it’s going to work, it’s going to work,” said Rieck, followed by Jenkins, who joked: “If we bring the lights back to DWR later it means it didn’t!”

The new company will be run by Wynand Veldsman, who has worked at Eventech, Gearhouse South Africa and C&S in Cape Town.

Alongside its Robe Pointes, Spikies and Longman F4 Up LED par cans, Event Lighting has also added to its stock 180 metres of trussing.

“We just want to carry on doing what we do, service the industry and look after our clients. At the end of the day, that’s what it’s all about,” said Rieck. “And now we are able to offer a complete solution.”