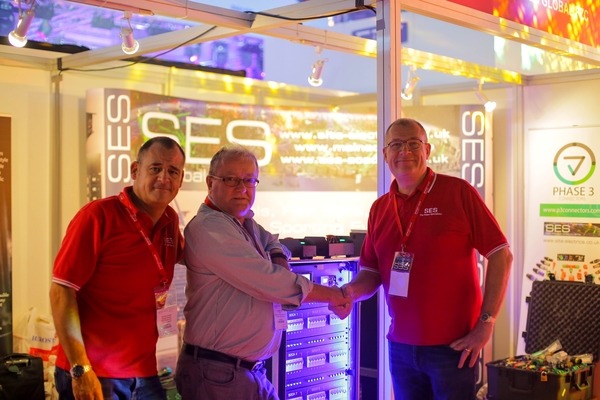 SES Global and Production Technology (Protec) have signed a major deal in October 2017.

Steve Lakin CEO of Protec placed an order with SES Global to provide power distribution, dimmers and motor controllers for the company’s new set up in Saudi Arabia. Valued at nearly $750,000 (ZAR), a landmark first order for the new SES FLX dimmer system in the Middle East region. Upon trialling the unit at the recent Tomorrowland production, Protec’s Head of Lighting Aaron Russ was impressed with the system.

The order is made up of a number of these multi-channel racks, traditional hard power socapex units and also the new SES motor controllers. The order is the first of a 2-part process, firstly to kit out the Saudi operation and then to upgrade the existing Dubai-based stock.