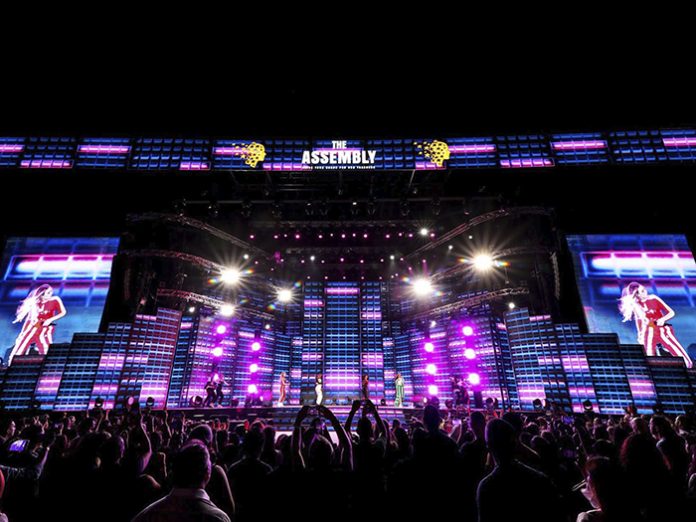 The event, which was held at the 15,000-capacity Dubai Media City Amphitheatre, featured Little Mix, Rita Ora and Liam Payne, with Hugh Jackman as a special guest (along with Loren Allred).

Explaining his choice Snyman, who doubled as the event’s lighting programmer and operator, said: “I chose them specifically for their features. Phantom 440 is a true hybrid, producing strong thick beams, from a decent CMY engine and it goes wide enough to be suited as a wash for the more theatrical pieces of the production.

“They were my warhorses in terms of effects and beam work, with some gobo and prism work added to make some looks a bit bolder than usual.”

The Phantom 440 itself is a Beam, Wash and Spot hybrid moving light, equipped with a high luminance Osram Sirius HRI 440 lamp. Containing 19 by 20W RGBW 4-in-1 LEDs the XLED 3019 can deliver a variable beam ranging from 7° to 42° and beautiful wash field, making it ideal for all locations.

Working for promoters George and Burnell Events, Marno Snyman confirmed that everyone involved with the production had given the show a resounding thumbs-up. “They were both extremely happy and pleasantly surprised with the overall look and feel of the event. As it was high profile, awards style concert, we tried to go for something different.”

The event was launched by The Varkey Foundation to thank teachers for their unsung work and spread the message of teacher respect to the next generation.