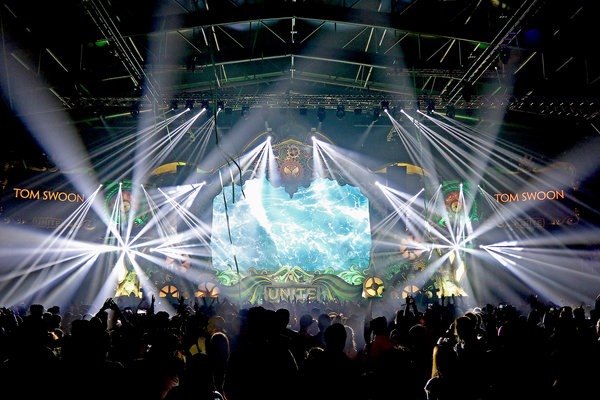 Despite celebrating its 18th birthday in 2017, Protec continues to show growth while retaining its position as one of the Middle East’s leading event solutions provider.

The Dubai-based company, which owns one of the world’s largest event rental stocks, including lighting, video, audio, rigging and trussing, scenic and staging, automation and SFX, conference equipment, robotics and motion tracking, has invested heavily in further technology and equipment during a busy 2017 period.

The season has seen Protec at the core of some of the largest events place in the Middle East, Africa and Asia. 2017 began with the multiple award-winning IDEX opening ceremony in Abu Dhabi, seen live by almost 75,000 people and broadcast to millions of television viewers.

The end of the 2017 witnessed success in the form of the Dubai edition of Unite with Tomorrowland, for which the company delivered the entire scenic and staging, lighting, audio, video, rigging and backline.

Peter Jones, Protec’s Special Projects HOD said: “We’ve recently invested in Notch, another exciting video graphics tool that has been designed to ease the process for interactive content and live visual effects. It’s a great visual effects engine for live events and what I also like about it is the fact that it integrates into all our existing systems like BlackTrax and our d3 servers for instance. From the way the events are being designed these days in the Middle East, I’m fairly sure we are going to be using this system a lot.”

The company has also invested in new lighting fixtures and technologies during 2017.

Aaron Russ, Protec’s Lighting HOD commented on the company’s investment in new lighting fixtures: “We placed an order for 96 Robe Pointe and 48 Robe Spikie fixtures which are expected to be delivered in October. We have noticed that the Pointe is becoming more popular on tour riders so to cater for that demand we have ordered 96 fixtures. They are a great beam light but also crosses over into the spot category giving you a nice light weight (15kg), compact, multi-purpose fixture. The Spikie is a new release from Robe. It has a powerful LED light source with colour mixing which is something a lot of beam fixtures lack. It is super lightweight, coming in at just under 8kg and energy efficient with a peak power draw of 100W and being LED, it only uses the power it needs at that moment, unlike discharge fixtures that are at full load constantly. It also has a neat beam splitter to give a modern twist on the old school flower effect. I am really excited to get these things out on a show.

“Also on the list is 48 Clay Paky Scenius Unico. These take all the good bits of the Mythos, Scenius Spot and Scenius Profile and squash them all into one tidy package. The fixture is a true hybrid, operating as a beam, spot, profile and wash light. Coupled with a 1400w Osram discharge lamp, they pack a huge amount of power. These have boosted our existing stock of Scenius Profile that has proved popular. We can hardly keep them in the warehouse,” explained Russ.

Protec also strengthened its senior management team by hiring Craig Wilson, Stefan Cebula, Matt Cashmore along with Martin Read and Ed Jarman. For several years Martin, who has a strong background in technical production, held the position of Managing Director of Blank Canvas Events in the UK before moving to Dubai in 2012. Now operating as Protec’s new Operations Director with over 25 years of experience in the Events Industry covering North America, Europe, UK and the UAE. Ed Jarman, Protec’s new Business Development Director and Head of Broadcast brings another 26 years of global work experience to Protec, having worked in Capital Radio, Creative Technology and freelancing as a studio engineer, production manager, video engineer and multi-camera director, having toured extensively with most of the world’s biggest artistes.

“We are not just the typical audio visual equipment rental company. Anyone can throw some gear into a box, but it takes real creative vision and skill sets to transform that box into an environment that people want to inhabit. At the end of the day, gear is gear, it’s the people behind the gear that make a show worth remembering,” Steven Lakin, Protec’s Founder and CEO concluded.