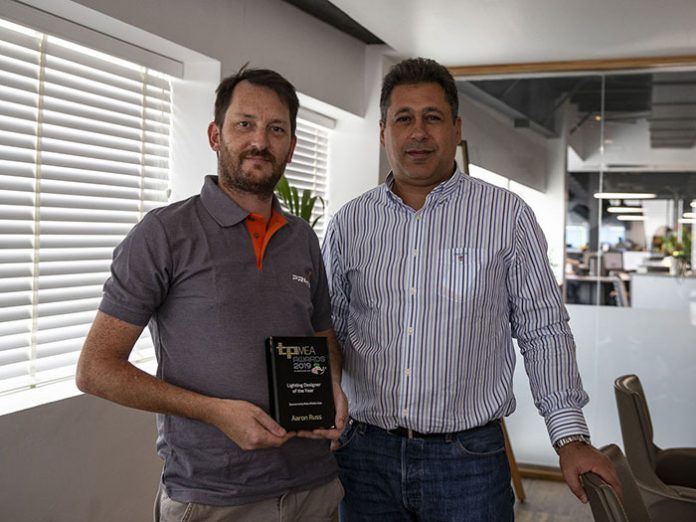 Protec Group’s Dubai branch has invested heavily in Robe moving lights, delivering and deploying a range of fixtures including BMFLs, Pointes, MegaPointes, Spikies and RoboSpot systems on various projects over the past two years.

The purchases have been spearheaded by Protec’s Head of Lighting and recent winner of the 2019 TPMEA Award for Lighting Designer of the Year, Aaron Russ. He explained that it was a case of the right product at the right time with Robe. Obviously, the company had other moving lights in stock up until this point, but the first batch of 96 Pointes were sourced to replace a competitor beam light product, together with 48 Spikies on the same order.

Then in 2018, for the ground-breaking Opening Ceremony of the Qiddiya Theme Park in Riyadh, Saudi Arabia, with a design by US-based LD John Featherstone of Lightswitch, a powerful wash light was needed – so Protec purchased 24 BMFL XF Washes with the barn door module. “Every design we receive from John specifies a lot of Robe,” commented Russ.

Also delivered by Robe Middle East with this second batch of luminaires were another 24 Pointes and 12 MegaPointes.

The next purchase was two RoboSpot base stations with two BMFL Blades luminaires and separate motions cameras to be used specifically as remote-controlled follow spots. “I love them; they work really well – especially outdoors in adverse weather conditions,” commented Russ. “In fact, I’ve never had to send a Robe fixture back to be repaired; they are really tough and, believe me, we’ve beaten them up enough times in terms of harsh operating environments!”

Russ thinks the products are generally well designed and have been engineered to make life as easy as possible for those using them. The crews greatly appreciate the fact that they are not “needy lights”.

From a design perspective, Russ called the optics “impressive”, commenting that he liked the flat beam field, the gobo selection and the fact that they make good workhorse lights for both theatre and rock ’n’ roll.

He went on to cite the Opening and Closing Ceremonies of the Presidents Cup Football in the Hazza bin Zayed Stadium, Al Ain, as a good example, where he positioned 24 BMFLs on one of the balcony handrails at the top of the seating bleachers shooting a long way down to the field of play. “They were completely still – rock solid – which was noticeable compared to some of the other lights on the job.” he confirmed.

In addition to these creative advantages of using these Robe units, Russ appreciates the great service and support from Robe Middle East, which is headed by Elie Battah. “Robe has come a long way, especially in the past five years,” he observed.

When Russ arrived at Protec seven years ago, the company was heavily invested in alternative moving light brands and, coming from New Zealand, he wasn’t familiar with Robe. However, Russ soon learned how Robe could work for him. “It was the launch of the BMFL five years ago that really alerted me to how much Robe had advanced in that short time,” he commented.

Robe is now regularly on his event and show designs. This includes the Opening Ceremony of the Nas Sports Challenge at the Nad Al Sheba Sports Complex in Dubai, during which Russ utilised Pointes, MegaPointes and RoboSpots amongst other fixtures – and the RoboSpots turned out to be the stars of the show. The event was staged in a room with no follow spot rigging facilities other than flying a special truss, and the six- to eight-hour-long show standby times meant that having operators up there for that long was totally impractical.

A young football star needed to be highlighted as he showed off some of his playing skills and when his performance position was changed right at the last moment, Russ was still able to get two of the RoboSpots to point down almost vertically to cover his new area – a feat that would have been impossible using conventional spots. “They are fantastic ace to have up your sleeve,” he concludes.