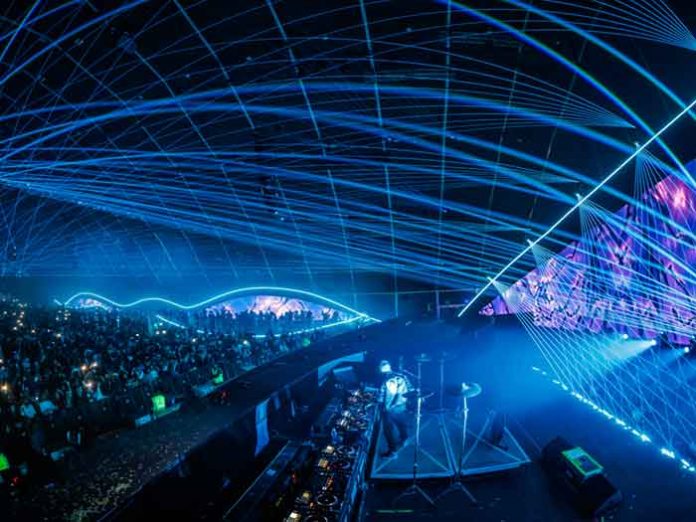 Pyrojunkies has become part of the ER Productions Group. “Dan [Mott, Pyrojunkies Founder] and his team were aware that we had started working with SFX with the goal of bringing it to the same standard as our laser offering, so it seemed like a great move to bring Pyrojunkies into the group due to their experience in this field,” stated Ryan Hagan, Co-Founder of ER Productions. “We know the team at Pyrojunkies and had even worked on numerous shows together.”

The new team has already been out in the field in the Middle East, supplying a complete SFX and laser package for all stages at Saudi Arabia’s MDLBEAST Soundstorm [page 32]. “It’s a great time to make this announcement, following our successful delivery at MDLBEAST Soundstorm,” stated Mott.

In fact, the Middle East has become a major region of interest for both companies. In the past few months, ER Productions has opened its new Saudi Office – home of all the equipment used on Soundstorm – and the new partnership is looking forward to a full season in the region, working on a range of high-level projects including Formula E.

Currently the two companies are going to remain in their respective headquarters, however, the plan is to bring the entire Group under one roof at ER Productions’ brand-new facility, which has been five years in the making. “Although we are bringing both companies into the same building, nothing will change with client experiences,” assured ER Productions Co-Founder, Marc Webber. “Clients who have worked with Pyrojunkies will still be speaking to the same team and the same goes for those working with ER.”

Speaking more generally about the new partnership, Mott explained what he believed being part of ER Productions Group would mean for Pyrojunkies. “I hope some of my day-to-day operations are going to become a lot easier,” he chuckled. “Pyrojunkies is a much smaller company, which inevitably means most of us have worn multiple hats over the years. Now being part of the ER Productions Group is going to help us when it comes to bigger shows and means some of our staff can really look to specialise in a specific skill rather than have to do it all.”

The new partnership is also set to bring a benefit when it comes to product development. “We have always designed and developed our own products when it comes to lasers,” said Webber. “With Pyrojunkies now in-house with their knowledge of SFX, it will be interesting to begin developing products in the field.”

Webber closed by praising Pyrojunkies forefathers, Shane Caulfield and Richard Huffam. “They started the company back in 2003 and although Dan has been running the show for a few years, they were still brought into the conversation, and we talked at length about the future of the company.”

This article originally appeared in issue #34 of TPMEA.