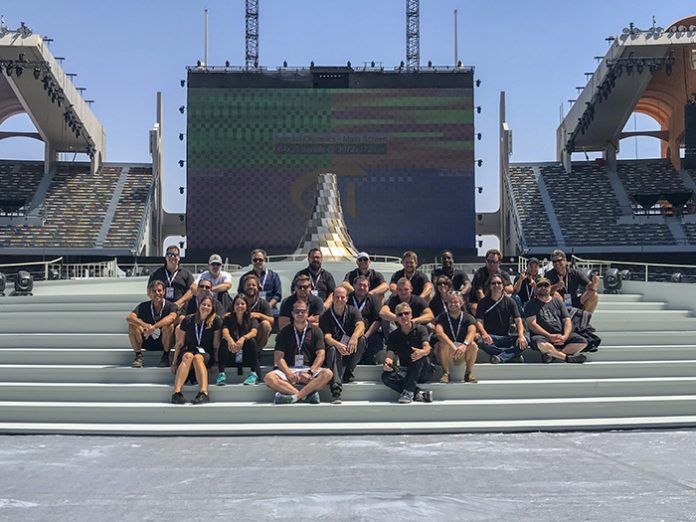 “It was an honour to be such a key player in this year’s Special Olympics World Games, which included more than 7,000 athletes from over 195 nations,” said Marc Schneider, Director Global Events, Riedel Communications.

“This was the largest, most inclusive, and most unified World Games in the history of the organization, with activities held at nine competition venues and over 20 other locations for initiatives and programs across all seven Emirates. Our numbers speak to the sheer size and scale of this event: we deployed more than 30 Artist-64 nodes, which supported over 180 Bolero beltpacks on 56 Bolero antennas, plus another 170 C3 Digital Performer beltpacks, and 1,500 Tetra radios.”

At the opening and closing ceremonies in Abu Dhabi’s Zayed Sports City Stadium, Riedel provided seamless crew and announcer communications through 65 1000-Series control panels, 60 Bolero wireless beltpacks, and more than 250 Tetra radios. A preexisting MediorNet infrastructure greatly simplified the integration of the communications system in the largest stadium in the United Arab Emirates.

At all of the venues and locations, Riedel provided comms for all sports and medal ceremonies with an Artist mainframe and six Artist panels. The venue deployments marked the first time that the games has achieved seamless communications without radios, with event crews relying solely on Bolero.

In addition, Riedel provided an IT infrastructure to support managed network services at seven SOWG venues. This included firewall management, broadband internet, more than 165 access points, and more than 80 switches.