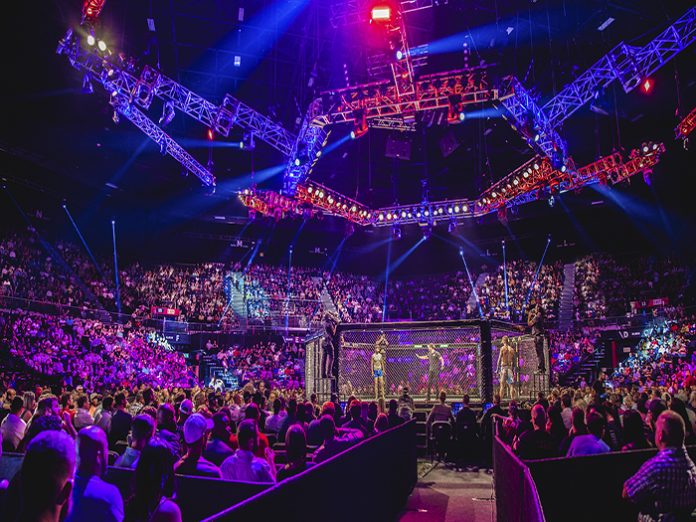 The Sun Arena at the Time Square in Pretoria recently hosted EFC (Extreme Fighting Championship) in December 2017. Lighting Designer Gary Sam made use of the in-house Robe lighting system which DWR Distribution supplied.

“The brief from EFC was to make the show look as spectacular as possible, using effect lighting without compromising the TV ‘key’ lighting,” said Sam. MGG Productions were the technical support at the venue and assisted with set up, while Gearhouse South Africa supplied all the generic lighting and additional crew.

“This was EFC’s final event of the year, and also the finale to the EFC reality show called The Fighter,” Sam explains. “What made it special for me was being able to have more lighting fixtures than usual at my disposal which allowed me to make the event look ] and feel even more spectacular.”

A highlight for Sam was also working with the crew on the event. “The event was made great thanks to the MGG and Gearhouse team who were there as tech support. I always say that the crew make the show happen.”

On a technical point, Sam was chuffed with the Robin Points and the BMFL’s . “They were able to punch their way through the ample television camera lighting. The lighting effects could be seen without utilising too much haze.”