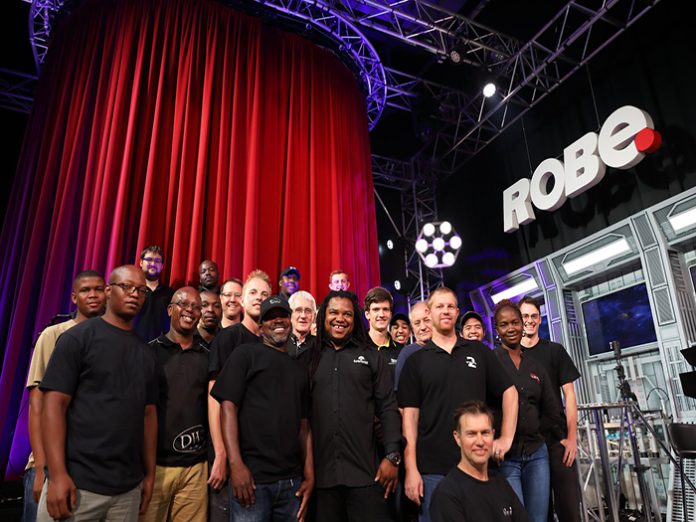 Eastham instructed technicians in the industry on fixture calibration and software updating, and hands-on training on the range of LED and discharge fixtures for maintenance and servicing purposes. Putting things together and apart is second nature to Eastham. As a 9-year-old, he remembers taking a clock apart. “I had the bare clock mechanism in front of me and I was taking out one screw at a time. I got to the very last screw and the spring shot up. Everything flew all over the place and being a good Catholic boy, I prayed to Jesus to put it all together again!

“I was always interested in lighting, long before moving lights were around actually. Not from an artistic point of view, but from a technical aspect; I just liked the idea of putting things together. I made a home-built lighting rig out of paint cans and this was my first introduction to the industry.”

He went a step further and built a lighting rig for local bands. “I used to operate this rig with several bands around the town but then my career took over. At that time, I was a Merchant Navy Engineer Officer when in 1986 I heard about Vari-Lite. It just captured my imagination completely! I thought I’d really like to work for this company but coming from the North of England, it wasn’t what I would have thought of as a ‘proper job’. I wrote to Vari-Lite in London and asked if there was any chance of a job. They replied, ‘Come down for an interview and we’ll see’.”

Fast-forward 17 years, Eastham managed the department through its transition to VLPS after the sale of the Philips Vari-lite brand, and thereafter PRG. When PRG moved up to Birmingham and closed the London office, he was invited to move with the company, but he opted instead to go freelance, which he did for 3 years.

“Until I met Mick Hannaford who heads the Robe UK Operation,” Eastham continued.. “I remember Mick asking me how I’d fancy joining Robe, and I thought Robe UK, but his vision was for Robe Corporate, and so in 2012, I joined the company. One thing that was very similar to Vari-Lite was the passion that everybody had for what they did. I’ve been very fulfilled ever since.”

“I think the course helped everyone who was on it,” said Kruger, Workshop Manager at DWR. “Steve told us stories of jobs he had worked on which was interesting. He taught many things which were helpful, little tricks we didn’t’ know. It was worthwhile.”

Basinki Sekori, a technician at DWR Distribution agreed: “The training was motivating, and I learnt a lot.” Eastham added: “I was very happy to be amongst people, a total of 41 trainees, who were very clued up and incredibly enthusiastic. It’s always a good starting point when people at least know which end of the screwdriver to use.”