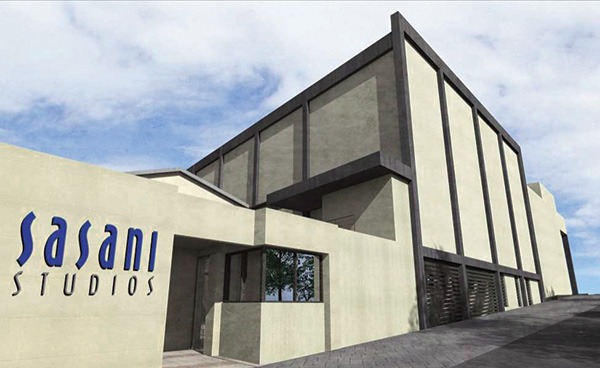 The backbone of Stage Two and Stage Five at Johannesburg’s Sasani Studios, previously known as ZSETV, has been upgraded and future-proofed with a new dimming system comprising 24 LSC Gen VI, supplied and installed by DWR Distribution.

The LSC technology replaces dimmers in the studio that were custom designed and hand built for South Africa’s very first soap opera, Egoli, which aired its first episode aired on M-Net on 6 April 1992, consequently broadcasting for 18 years, placing Sasani on the map as the soap doyens of the South African television industry.

“I am an older generation broadcast engineer who is passionate about serving the broadcast industry,” said André Vorster, Senior Engineer at Sasani Studios. “It’s the passion that drives us, and then on the funny side, we are all too busy to even think about moving on. The technical team have serviced a broad client base over a large period of time, giving Sasani the excellent reputation it has today.”

Soap operas have become the studio’s core business with productions like Rhythm City, Scandal, 7de Laan, Isidingo, Skeem Saam, and there are also 2 studios available for short-term day-to-day recordings which include being home to several Big Brother series, The Voice South Africa, Nigeria, Angola and Francophone and several other game shows like Take me Out, The Game Show etc. Sasani has a state-of-the-art post-production facility that can be rented out and which is very competitive with the current technology found globally. “Sasani prides itself in staying current with technology,” said Vorster. “We try and stay ahead of the game, because at the end of the day this is a money saver.

Kim Smith, Head of Engineering, explained: “The dimmers were handmade, and the chap who built them contracted out the metal work for the dimmer frames,” said Vorster. “Kim at the time advised him that we needed a kind of a modular dimmer so that if they went faulty we could remove one dimmer and not have to remove the entire pack to repair it. We gave him a basic overview of what we required and it ended up that the same dimmers were used extensively for a period of twenty-five years! I think if you have a look at them, they served us really well but they had a lot of downsides.”

“The old dimmers, being cruder, used what is known as Amplitude dimming,” Vorster added. “The newer technology uses Phase dimming, that makes them super silent and super-efficient.”

DWR managed to secure super silent chokes installed by LSC. “We’ve had absolutely no complaints from our client, we’ve had no failure so we’ve gone from a system that was starting to gradually let us down to a product where we’ve got a one hundred percent happy client as far as the lighting side of the production side is concerned. This is very important for us because unlike most other television productions, soapies run all day, every day from early in the morning till late at night.”

JP De Vernon from DWR, stated: “We decided to go with a total of 24 LSC Gen VI, which is an Advanced Dimming System that allows you to configure the channels to either dim or to provide hot power to LED and moving lights,” JP said. “The custom-built patch bay, consisting of 16 in total, was designed by DWR with hours spent on drawing and design concepts. We were very pleased that Vorster and his team were satisfied with the end result.

“You need to be passionate and enjoy the pictures that you are creating, you need to be proud of what you see on air and also you need to have a happy client that leaves the site because when a happy client leaves the site they will always talk about the experience that they had,” concluded Vorster. “The experience is what we want because it’s behind that, that others will want to carry out their projects at Sasani.”