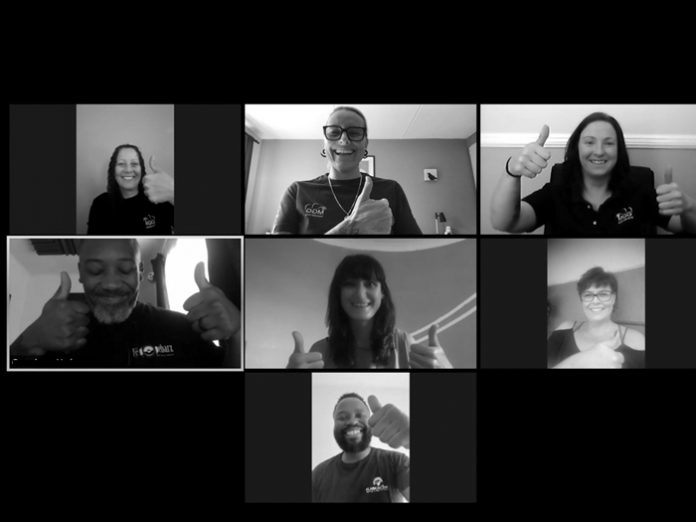 The SOS Charity Fund was established in December 2016, and right from the start was met with generous support from the entertainment industry. The charity is now pleased to donate R50,000 to Feed our Crew, a non-governmental organization (NGO) who are providing temporary support through food vouchers to the technical and casual event crews during the COVID-19 lockdown period.

While DWR Distribution established, administer and are a contributor to the SOS Charity Fund, the entertainment industry has been phenomenal in participating in fundraising events. “Although DWR Distribution is also going through a tough time, the money we’ve raised for the SOS belongs to the people and not to us,” said Duncan Riley of DWR. “`The SOS was established to help people in times like these, this is what it’s all about.”

When all events were abruptly shut down due to COVID-19, Tamsyn Strydom, co-founder of Feed our Crew, was active on a couple of groups and forums aimed at technicians.

“The message that kept coming through was that people needed help,” Strydom recalled. “Initially, I started communicating with Kagiso Moima Wa Masimini, and together our aim was to put together an appeal to the President of South Africa.” Strydom and KG asked people in the industry to make videos to be sent to the presidency in order to illustrate the struggle that the entertainment world is facing. They have been failed by the government. Marcia Alves, a seasoned Technical Manager, also reached out to Strydom regarding the video appeal and as the videos came in, Strydom, KG and Marcia knew they had to do more and Feed Our Crew was born with the assistance of Gomolemo Madumo, Landy Yeatman (People4Purpose), Sasha Raubenheimer (Freelance Technical Manager) and Vickie Whitehead.

“Feed Our Crew will not discriminate against anyone who applies, but the aim is to reach the most vulnerable people,” Strydom explained. Feed our Crew has also partnered with People4Purpose, an NGO headed by Landy Yeatman, who will administrate the fund. “Applicants are requested to provide a short motivation and two contactable references from industry professionals from the last four months, along with their ID number and contact details. Please remember that those eligible for UIF do not qualify,” Strydom explained. “Identified candidates will be issued with a voucher valued at R1,000 from Shoprite/Checkers. This will enable them to buy groceries, electricity if needed, nappies or formulae, medication and their basic needs.”

The cries for help are coming in fast and furiously, but thanks to the dedication of the Feed Our Crew team, R66,000 has already been raised, which does not include the R50,000 donation from the SOS Charity Fund. To date, fifty-six freelancers have been taken care of.

“People have been incredibly generous,” said Strydom. “I’ve had donations from event companies that I’ve never heard of.” The acts of kindness touch the heart. One such story is of event planner Daria Higgings from True North Events who initially reached out to Duncan Riley and Tamsyn, worried about what would happen to the technical crew during the lockdown and was ready to contribute. She was one of the first financial contributors to Feed Our Crew. When the donations coming in are modest, one really gets a lump in the throat, knowing how much that money has cost someone.”