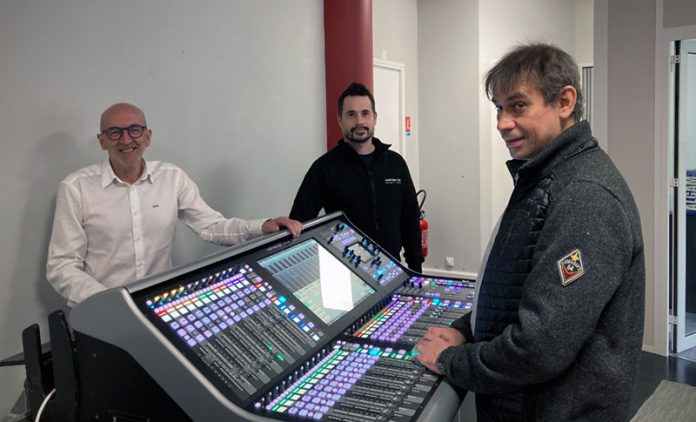 Solid State Logic has named ALGAM, leading distributor of professional audio products in France and MAGHREB regions, as its sole distributor for sales and support across all four of SSL’s vertical markets of Broadcast, Live, Studio and Audio Creation.

For over 30 years Solid State Logic has provided sales and support services via its subsidiary, SSL France, under the leadership of Director of International Sales, Philippe Guerinet. The move expands the company’s presence in the French and MAGHREB regions.

“We were looking for a new structure capable of supporting further growth in ACP whilst continuing the success of SSL’s large-format consoles,” commented Guerinet. “We had to find a solution where new and existing customers would get the best support possible, for all our verticals. Partnering with ALGAM, who have both their AUDIA and ALGAM Entreprises arms of the business, is a fantastic opportunity.”

“We are delighted to take SSL on board,” stated Didier Perez, Director Commercial, ALGAM Entreprises. “This fits ideally with our strategy to further establish ALGAM Entreprises into the sale and support of complex projects in Broadcast, Live and Installs, as much as providing high end solutions for Music studios. SSL’s network solutions based around DANTE, AES67 and ST2110 offer innovative solutions which address the new challenges in broadcast and live sound.”

Nigel Beaumont, Managing Director of Solid State Logic, added: “As discussions with ALGAM progressed, it became clear they offer the knowledge and resources required to support both the pro audio and the ACP sectors of SSL’s business. Their initial focus on demonstrating solutions and providing exemplary support functions already shows this. We look forward to a rewarding partnership that benefits everyone, but most importantly our end users.”