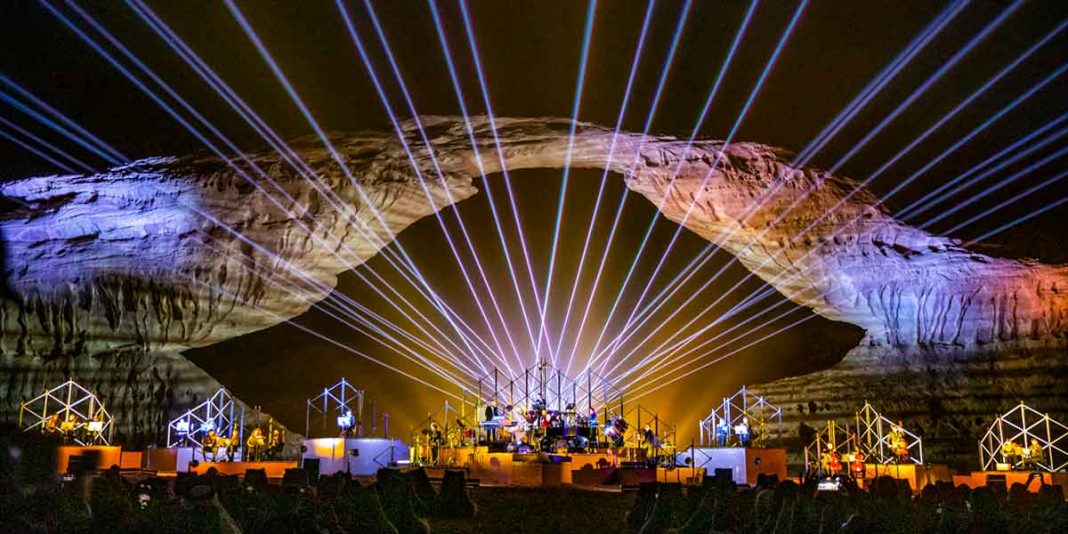 An ancient city full of natural wonders deep in the desert of northwest Saudi Arabia, AlUla is hardly the first place that springs to mind when it comes to hosting world-class concerts. However, since the Royal Commission for AlUla (RCU) announced its vision to responsibly develop the location as a world heritage destination centred around conservation and culture back in 2017, the area has played host to several high-profile productions and art installations. The latest show to grace the historical site was Symphony Under The Stars; a combination of classical and electronic music, lighting and special effects, performed by Italian songwriter and pianist, Dardust – along with his two musicians and 22-piece orchestra, Ensemble Testori – under the spectacular backdrop of Arch Rock.

The RCU engaged Balich Wonder Studio (BWS KSA) to produce the show, which in turn brought in Creative and Show Director, Marco Boarino to the project. “The brief was very simple and very open,” he began. “We were to host a show that combined classical and electronic music in a beautiful location somewhere in the AlUla desert.”