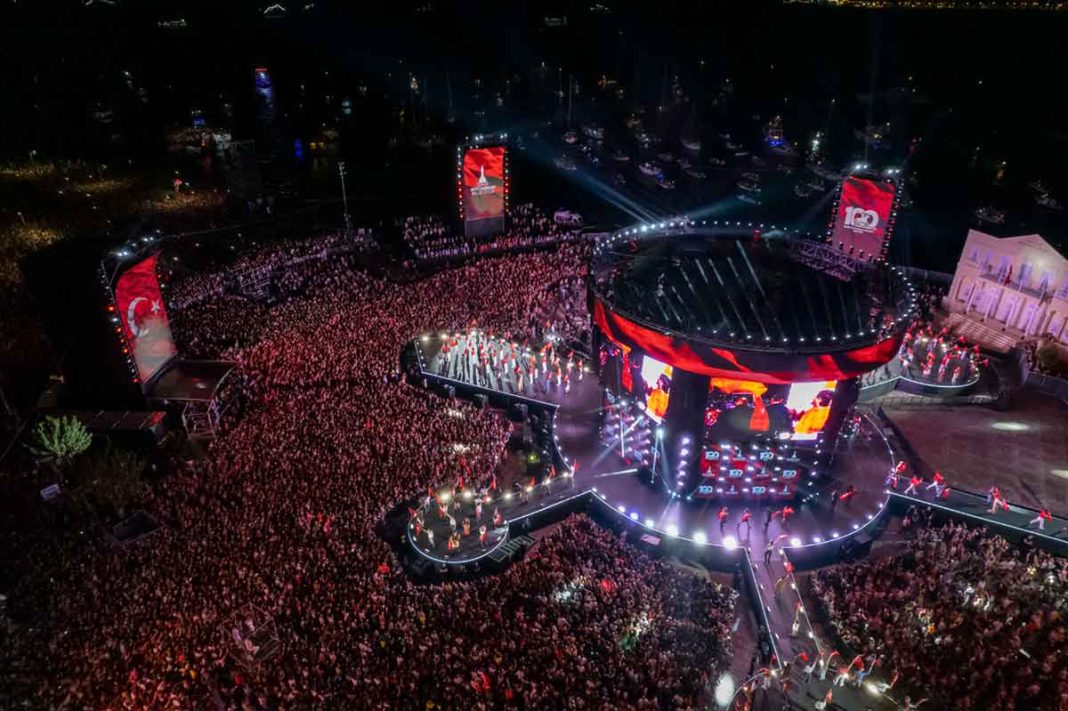 Nestled on Turkey’s Aegean coast, the historic city of Izmir is Turkey’s third largest behind Istanbul and the capital, Ankara. The city celebrates the end of the Greco-Turkish war on 9 September every year, and with 2022 marking the 100th anniversary, the Izmir Municipality wanted to make a major splash.

“The main goal for the municipality was to create the biggest and most sensational celebration ever made in Turkey,” began Işıl Evgin Gündüz of Imagina Productions, which was entrusted with the ambitious project by AB Kolektif. “This was a goal repeatedly stated by the mayor in his interviews during the process, which created huge levels of expectation not only in Izmir, but all over the country.”