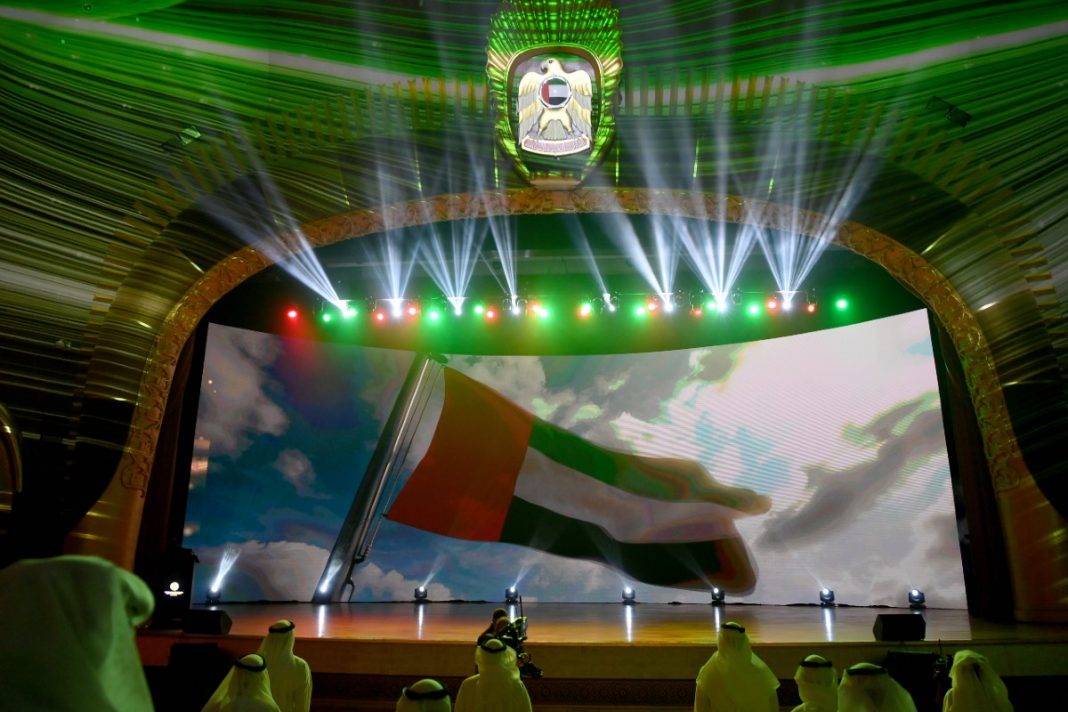 The UAE Pro League held its 2020/2021 season awards ceremony on 16 August at Emirates Palace Auditorium, with 200 VIP guests in attendance as well as a large TV and social media following tuning in live to celebrate the achievements of the league’s top teams, players, and managers. Sharjah-based No1 Events provided the technical production for the event, with MediaPro International supplying the video solution.

No1 Events’ remit for the project was extensive and varied, comprising everything from creating a system to simplify the entry process, to a showstopping reception area and the main show. Project Director, Mirco Resta explained that the first task was to create a high-tech entry system, which would not only ensure that only the invited attendees were granted entry, but also keep contact between guests and staff to a minimum. “No1 Events created a system that generated a personalised QR code for each guest,” he began. “Once each guest had scanned their code at the entrance, they were directed to the appropriate area and seat. The system worked perfectly.”

The first part of the show – a press conference – was held in a ballroom adjacent to Emirates Palace’s main auditorium. As soon as the conference was over, guests were directed to the auditorium for the main event, passing through a “journey of technology” en route. In the first area, there was an interactive LED screen as well as the ‘ballman’ [a structure inspired by Nike’s famous installation at the 2010 FIFA World Cup in South Africa]. “Next, guests entered an LED tunnel, where they were thrown into a stadium atmosphere, with crowd noise and a 3D animation of a football pitch,” Resta recalled.

“They then passed through a gallery displaying trophies and new kits of each of the  league’s teams, followed by a 180° LED screen displaying the long-term vision of the league.”

There was also a 3D project-mapping element, with eight Panasonic PT-ZR21K projectors, as well as four Dataton WATCHOUT servers with HD outputs. “Having MediaPro in charge of the video setup made the project much easier for me in terms of communication and phase development,” Resta noted. “A special mention should also go to Haitham Taha of Inframes,  who delivered all the content for the projection in a very short time and in a professional manner. He was onsite throughout, adjusting the content and being flexible to all the changes, while keeping a smile on his face.”

Summing up his experience on the project, Resta praised the venue. “Working in a nice structure like the auditorium makes our lives a lot easier,” he concluded. “All the power and signal distribution are where you need them to be, which saved a lot of time and effort that would normally be spent running cables.”