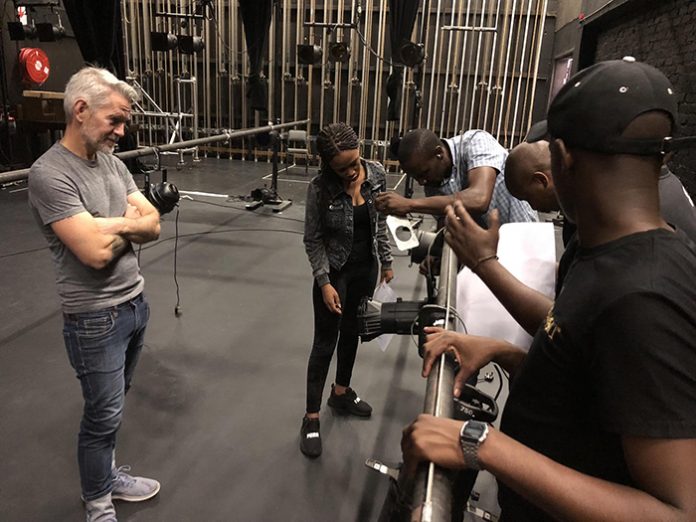 “UJ Arts & Culture’s partnership with DWR grants us access to valuable professional skills and knowledge we would otherwise not be able to make available to our crew and students interested in developing these niche skills,” said Pieter Jacobs, Head of UJ Arts & Cultural. “The results speak for itself with some students now being able to work on our productions as junior technicians, which in the long-term will also benefit the industry.”

The aim of the course was to create a basic, hands-on introduction to lighting and audio and was targeted at students from the University of Johannesburg. The students are involved with theatre as an extramural activity and participate in shows and festivals.

“We found a massive need for practical training existed for both the technicians at UJ Theatre as well as students who just wanted to get involved,” commented Jannie de Jager who heads Training at DWR.  “Earlier this year, Michael Taylor-Broderick from our team presented a Theatre Lighting Workshop that focused on the theory of lighting. We were then asked to present both a practical lighting and audio session to the students as a follow-up course.”

On the lighting side, Jannie and Michael went back to basics. “We drew an uncomplicated lighting plot,” Jannie explained. “Included were channel numbers, fixture numbers, positions, and gel allocations. The task was simple. Read the plot and populate the bar as per the plot.”

This was really exciting for everyone because they were now in a position where they had to do a bit of troubleshooting and practical thinking. “Once the students had completed the setup, we checked the channels on the lighting console and if it didn’t correspond to the plot, they had to go back to the drawing board and correct any issues.”

Meanwhile, on the audio side, DWR’s Jaco Beukes took the reins. “I decided to take on a more complicated topic, or less understood and even less taught an aspect of sound,” said Jaco. “My hope was not to transform everyone into super system techs, but rather to get them to think differently about speaker placement, be consciously aware of how every speaker in a system interacts with each other, and that placement is a vital part of a good sounding system.”

“I got them to walk circles around two subs spaced apart from other each on stage and explained why at certain points they are louder, why at others points they are almost completely silent, and how to change those “loud and silent” points with nothing less than time alignment and phasing!” he said. “I also explained why it is vital to always make sure that all your speakers are ‘time-aligned’ with each other, and how with time alignment you are able to shift the sound image to a deferent location.”

The students found the topic very interesting and had a new understanding of sound. “One student came to me afterwards and said he had been looking forward to proving my theory wrong, but the practical examples proved that the theory actually works. I do feel that this was probably a little bit advanced for the class, but nevertheless, I believe that this one of the fundamentals of sound and it should be part of the foundation that all sound theory is be built upon.”