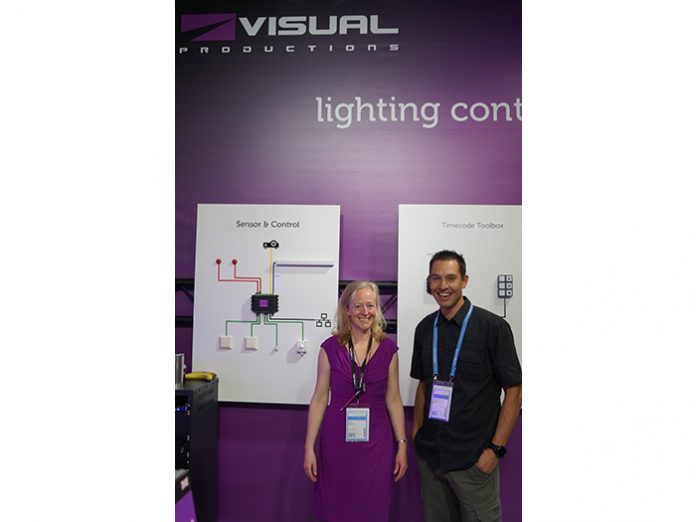 Netherlands-based Visual Productions, established in 1999, has recently appointed DWR Distribution to distribute its products in South Africa and across its borders.

“With an ability to ‘speak’ just about any language, from Art-Net to sACN, OSC, UDP, KiNet, TCP, Real-Time clock and NTP time synchronisation, Visual Productions offers a control solution that is the pinnacle of show control,” said Jannie de Jager, technical training and support at DWR Distribution. “The units are able to communicate to every protocol known to lighting and AV technicians.”

He explained: “The units also serve as a DMX playback unit which could stream a DMX show when triggered,” he continued. “The units integrate perfectly into any existing lighting system to manage or control, lighting fixtures. They don’t look like much but the software is what makes them so powerful. That is where the magic starts.”

DWR Distribution initially came into contact with Visual Productions when working on a elegant lighting installation in the gardens at Sun City. Needing a system that would control the Anolis installation, Bruce Riley decided on Visual Productions. “A number of DIN Rail multi-protocol boxes were dotted around the garden, which powered all the fixtures along the pathway installation, creating a DMX network. Security beams were used to trigger the boxes so as people walked along the pathway, different lighting sequences are played out.”

Visual Productions has a lighting control family that DWR Distribution will use to fulfil both sides of the market, namely installation, architectural and entertainment. “From an installation point of view it will offer universal control in venues such as conference rooms, boardrooms, presentation rooms and outdoor architectural spaces,” Riley confirmed. “From a show control point of view for tools, it is definitely key to certain markets that we’ve been lacking in. The product is backed by good people and the support thus far has been amazing. We can definitely build a great future together.”

When Visual Productions’ Sales Manager Zoë Castle met with the DWR Distribution Sales Director Robert Izzett at the recent Prolight + Sound 2018 show, it was made clear that her belief in the strength of DWR as a Distribution company was correct.

Castle concluded: “We all at Visual Productions are excited to be working with such an established and renowned company, safe in the knowledge that DWR’s commitment, technical expertise and enthusiasm for the lighting controllers that we make, will bring their market presence to a much deserved level.”